Fake News and Democracy. Empowering People When Confronted with Misinformation 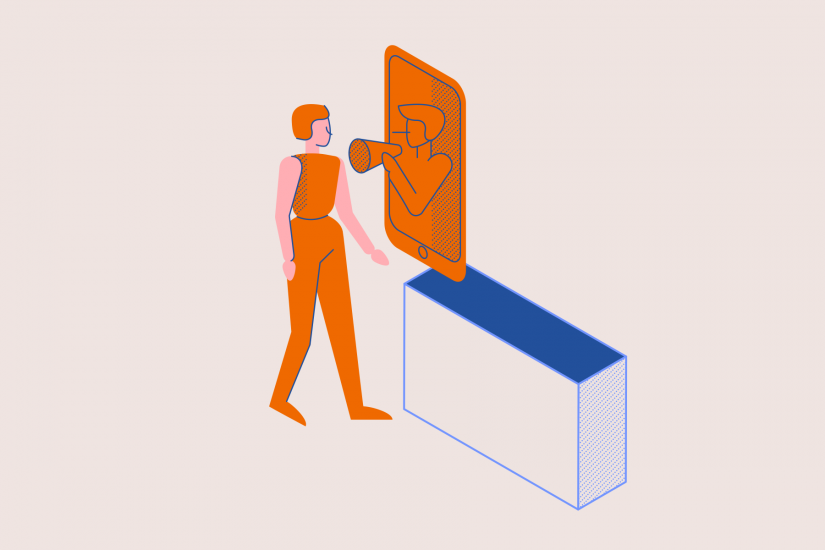 Through their effects, fake news and information disorders are a threat to democracy and to efficient governance. Fake news can influence opinions, can alter the organic processes of public opinion formation, and ultimately, can shape behaviours, from voting, to taking a stance on different public issues. Ultimately, fake news promotes toxic narratives, spreads doubt and confusion, and increases social polarisation, affecting democratic decision-making.

Fake news can be a tool for populism, antisemitism, xenophobia and other extreme political views. Nevertheless, one of the response measures is inoculating the audience against this phenomenon, by encouraging critical thinking, fact-checking, and by developing media literacy interventions.

The debate will be followed by a Q&A.

The language of the event is English.

Remus Pricopie is Professor and Rector of the National University of Political Studies and Public Administration (SNSPA), Bucharest since March 2012. From December 2012 to December 2014 he served as the Minister of National Education, following various other roles within the Romanian Ministry. He has worked extensively with international organisations (UNESCO, UNICEF, EU, OECD, World Bank, United Nation University, Agence Universitaire de la Francophonie) and ministries of (higher) education and research from more than 100 countries.

His educational background includes a rich international experience, being educated and trained in five countries and nine higher education institutions, especially in the USA and in the EU. Pricopie is President of the Board of the Romanian – US Fulbright Commission, Vice-president of the International Association of Universities, and President of the EU – Latin America and Caribbean Permanent Academic Forum.

Alina Bârgăoanu is a Romanian communication scholar with a strong interest in digital transformation, strategic communication, fighting disinformation and regulating the digital eco-system. She is the Dean of the College of Communication and Public Relations, National University of Political Studies and Public Administration (SNSPA), Bucharest. She is currently a member of the advisory board of the European Digital Media Observatory, an affiliate member of the European Center of Excellence for Countering Hybrid Threats, Helsinki, and an honorary adviser for strategic communication to the national coordinator of the vaccination campaign in Romania.

Bârgăoanu was a visiting scholar at Minda de Gunzburg Center for European Studies at Harvard University (October 2018 – March 2019). In 2018, she served as a member of the High-Level Expert Group on Fake News and Online Disinformation at the European Commission. She has published extensively, both for the Romanian and the English press, on topics related to infodemic, conspiracy theories, viralisation mechanisms, public trust and government communications.

Marius Dragomir is the Director of the Center for Media, Data and Society, and Visiting Professor in the Department of Public Policy at Central European University. He previously worked for the Open Society Foundations (OSF) for over a decade. Since 2007, he has managed the research and policy portfolio of the Program on Independent Journalism (PIJ), formerly the Network Media Program (NMP), in London. He has also been one of the main editors for PIJ's flagship research and advocacy project, Mapping Digital Media, which covered 56 countries worldwide, and he was the main writer and editor of OSF’s Television Across Europe, a comparative study of broadcast policies in 20 European countries.

Dragomir has spent the past decade in the media research field, specializing in media and communication regulation, digital media, governing structures of public service media and broadcasting, spectrum management, and ownership regulation. He has authored expert studies and articles on journalism and media policies that have been published and translated in more than 60 countries.

Nick Anstead is Associate Professor in the Department of Media and Communications at LSE, having joined the Department in September 2010. Prior to this, he was a Lecturer in Politics at the University of East Anglia in Norwich. Previously, he studied at Mansfield College, the University of Oxford (BA in Modern History) and Royal Holloway, University of London (MSc and PhD in Politics). His research focuses on political communication practices and their relationship with political institutions. Additionally, he has researched the ways in which political ideas develop, circulate and are used in debate.

Anstead's work has contributed to public debate on a number of topical issues. He has as acted as a consultant for the think tank Unions 21 undertaking research on how trade unions employ the internet in their campaigns. He has spoken at events organized by a number of organizations, including the Fabian Society, Progress, the Institute for Government and the Rand Institute (California and Brussels). He is on the board of 38 Degrees and a Fellow of the Royal Society of the Arts. Anstead has regularly appeared on national and international media.

Gianni Riotta is Pirelli Visiting Professor at Princeton University and Dean of the Master of Communication Luiss University, Rome, where he founded Datalab, member of the European Union Soma Project against disinformation. He is Executive Vice President of the Council for the United States and Italy. Columnist for La Stampa, Foreign Policy, The Atlantic, he was Editor-in-Chief at Tg1 Rai and Sole 24 Ore, Deputy Editor at La Stampa and Corriere della Sera. Previously he was a correspondent and columnist for Corriere della Sera based in New York. In 2015, Riotta founded the digital start up Catchy.

Riotta is a member of the Council on Foreign Relations. He contributes to the BBC World Service. His columns have been published by The New York Times, The Washington Post, Le Monde, The Wall Street Journal, Financial Times, The Guardian, El Pais, Suddeutsche Zeitung, Foreign Affairs. His books have been translated into many languages. Foreign Policy and Prospect included Riotta in their ranking “World 100 global thinkers”. He graduated in Logics at Università Palermo and holds an MS from Columbia University, Graduate School of Journalism.

In the CIVICA Public Lecture Series Tours d'Europe, researchers from CIVICA universities present their recent findings and interrogations on timely topics to the general public. The series aims to strengthen citizens' knowledge base and to facilitate a direct dialogue between social science researchers and the wider society.

Notice: Video & audio will be recorded during the entire event and made available, partly or in full, on the channels of CIVICA, its member institutions, and partners. By joining the event, you automatically consent to the recording. If you do not consent to being recorded, please discuss your concerns with the event's host.

This event is part of the CIVICA Public Lecture Series Tours d’Europe. CIVICA brings together eight leading European higher education institutions in the social sciences to mobilise and share knowledge as a public good and to facilitate civic responsibility in Europe and beyond. CIVICA was selected by the European Commission as one of the pilot European Universities under Erasmus+.