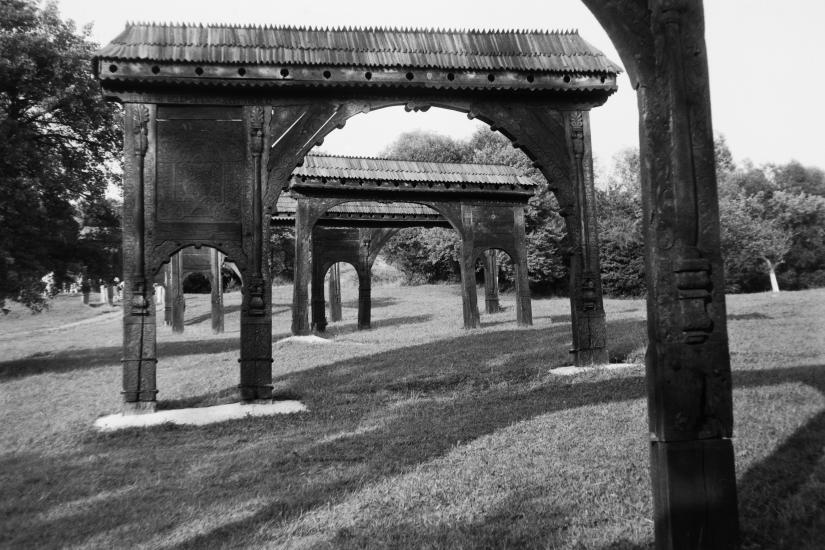 Szekelykapu, Turul Madar and Kopjafa: Reinvention of Turanism at the beginning of 1990s in Hungary

1992 was a peculiar year in the history of Hungary: on the one hand, it was the second year of a new independent government after the fall of socialism, on the other hand, it was a year when the established ruling coalition (with conservative agenda and right-wing tendencies) positioned itself as a vulnerable and endangered power. This government was actively searching for new symbols and styles that would mobilize the voters during the next elections in 1994. We can witness that many such symbols later became accepted not only as symbols of right-wing movements but as national symbols. Many tropes created and reinvented during this period were later used by the Fidesz party and became constitutional elements of its propaganda. Based on the materials of the Fekete Doboz Alapitvany and their 1992 year documentary project, we can follow how these symbols evolved, which controversial groups and figures were their promoters and how these symbols marked various political positions after the change of the regime.

Across the Nylon Curtain: Transnational Cultural Exchanges between Italy and USSR. The role of Italian Cultural Actors in the diffusion of samizdat and tamizdat

In 2004, György Péteri, referring to the divide which split Europe into two blocs in the XXth century, introduced the concept of “Nylon Curtain”, arguing that the so-called Iron Curtain was instead extremely permeable to cultural objects and ideas. In order to demonstrate this permeability and the consequent globalization of knowledge across and beyond the Curtain, this research takes into account the cultural exchanges which took place between Italy and USSR (1957-1991). Through the analysis of the transnational production, diffusion, and, consequently, consumption of a particular kind of cultural goods –samizdat and tamizdat – its final aim is to illustrate the socialization of those texts between the two shores of the Curtain, that is the negotiation and bargaining by the various social and cultural actors (dissidents, diplomats, journalists, editors, publishers, translators, literary agents, editorial advisers, etc.) who contributed to their publication and circulation in Western Europe and, clandestinely, also in Eastern Europe. In this presentation will be reported how the archival collections stored at OSA contribute to illustrate the role played by some of these socio-cultural actors –both Italian (as Mario Corti) and Russian émigrés naturalized Italian citizens (as Irina Ilovaiskaia Alberti)– who actively took part to this transnational community; the flow of samizdat and tamizdat across the Curtain which was realized thanks to their socio-cultural cooperation; and the intense transnational cultural exchanges that took place between Italy and the Soviet Union in the context of the so-called “Cultural Cold War”.