Dueling Sovereignties: The Problem of Political Religion, and the Solution of the Religion-Politics Binary 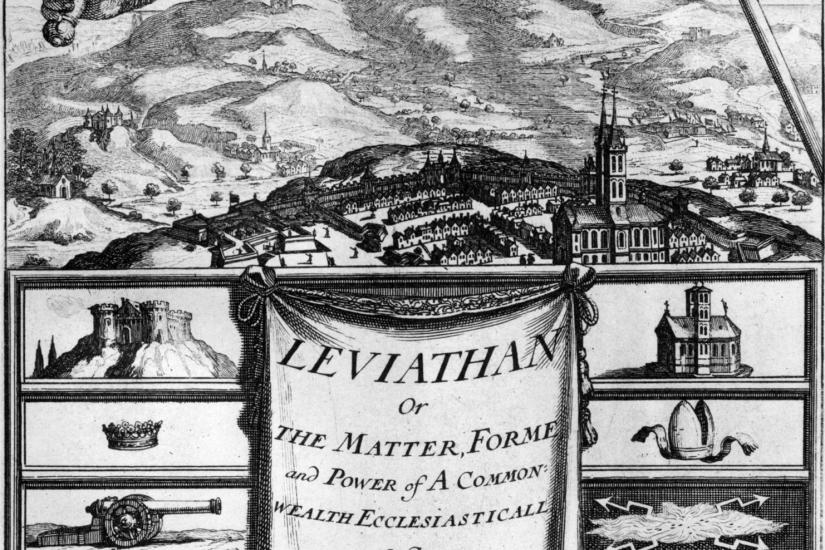 In the title of his 1980 essay “Dual Sovereignty,” the British social anthropologist Rodney Needham coined a term for what is arguably a perennial tension-- defined by complementarity, but also by convergence and even by conflict--between religious authority and political power. Needham framed this concept in order to reformulate the phenomenon of sacred kingship described earlier by James George Frazer. Whether in the contest between Pope and Emperor in medieval Europe, or the choice between Buddha and Chakravartin (Wheel-Turning Emperor) in ancient India, etc., dual sovereignty cuts across time and space and offers the prospect of understanding religion in structural terms as a twin or Doppelgänger of politics. Somewhat surprisingly, Needham never mentioned Thomas Hobbes’s 17th-century argument that religion is a form of “ghostly authority” that “make[s] men see double and mistake their lawful sovereign.” Beginning from Hobbes’s critique of dual sovereignty, I will reflect on the anthropology of biblical and Christian traditions and on the fate of religion under secular politics.

Robert A. Yelle is Professor of Religious Studies at Ludwig Maximilian University, Munich. He was educated at Harvard (A.B. 1988), Berkeley (J.D. 1993), and Chicago (Ph.D. 2002), and has held fellowships from the University of Toronto, the University of Illinois, NYU Law School, and the John Simon Guggenheim Memorial Foundation. He is the author of Explaining Mantras (Routledge 2003), The Language of Disenchantment (Oxford 2013), Semiotics of Religion (Bloomsbury 2013), and Sovereignty and the Sacred (University of Chicago Press 2019), in addition to several edited volumes and numerous articles and book chapters.

For more information about how to join us in person or participate in this event, contact us at religion@ceu.edu