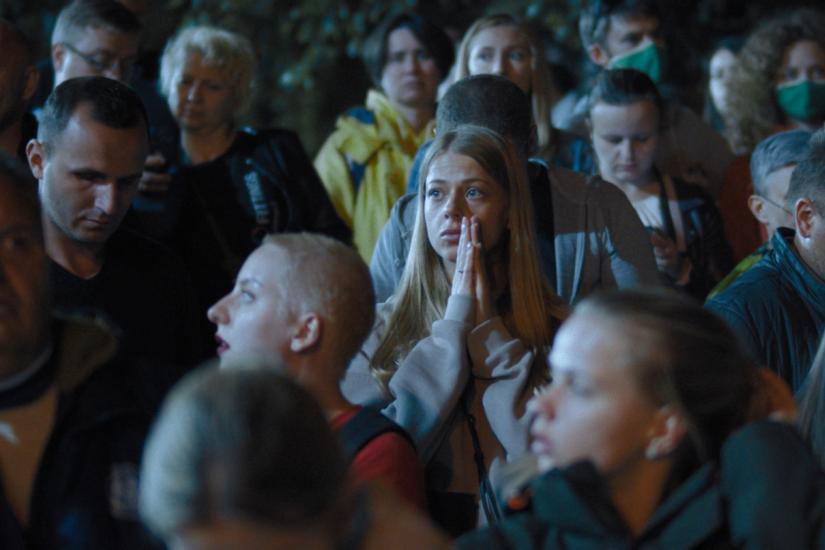 Three actors from an underground theatre in Minsk are caught up in the wake of mass protests during the Belarussian presidential elections. They protest for freedom of speech and a long-awaited change of power, but are brutally shut down by the regime‘s security apparatus. The country is on the brink of civil war. Courage accompanies the brave and peaceful resistance of Maryna, Pavel and Denis, before and during the protests, and offers personal and deep insight into Belarus today.

The film screening is part of the event series fearless, cooperation between Blinken OSA and Freeszfe Association.
Registration for the screening: https://forms.office.com/r/qQcYqKryqw