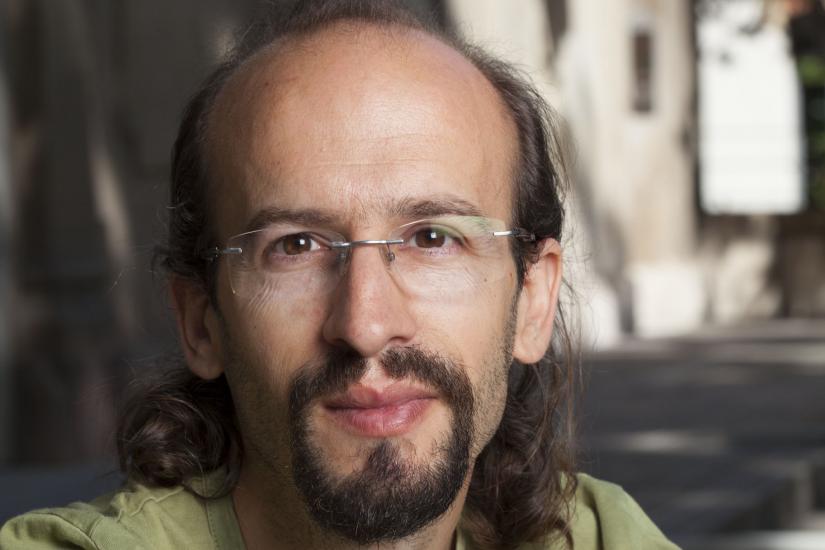 This is a hybrid event. Please register on the right if you wish to attend the event online.

ABSTRACT / Temporal networks are increasingly used to represent a vast diversity of systems, including social interactions, brain activity patterns, interbank transactions or mobility patterns. In these data, structures of different types can co-exist, from dense subgraphs on a certain time interval to sets of links with correlated dynamics. The temporal network can also exhibit switching behavior between "states" at various timescales. Uncovering specific relevant structures and timescales in such complex data is a very challenging task. In this seminar, I will present recent methods to extract relevant structures and timescales from temporal networks, along several directions. I will first discuss the notion of temporal core decomposition and of span-cores: the span-cores decompose a temporal network into subgraphs of controlled duration and increasing connectivity, generalizing the core-decomposition of static graphs. I will show the relevance of the notion of span-core in analyzing social dynamics and detecting anomalies in the data, and that the most stable and cohesive temporal cores play an important role in spreading processes on temporal networks. In a second part, I will present the concept of "temporal rich club": in static networks, the "rich club coefficient" quantifies the tendency of large degree nodes to be connected to each other. In a temporal network, such cohesive structures might not exist simultaneously (even if they appear in the aggregated network), or might be only transient. To quantify such properties, we define the define the instantaneous Delta-cohesion of nodes of degree larger than k in the aggregated network as the density of links between these nodes that are stable on an interval [t,t+Delta[, and we define the temporal rich club coefficient as the maximal value over time of this cohesion. The temporal rich club coefficient depends therefore both on the aggregated degree and on the duration Delta: it quantifies whether the nodes of large aggregated degree tend to form a cohesive and stable structure, and can also be compared with a suitable null model. I will illustrate the interest of this measure on several empirical data sets. Finally, I will briefly discuss methods to extract timescales or important changes in a temporal network, and illustrate these methods on the concrete cases of an animal social network and of information sharing brain networks.

BIO / Alain Barrat obtained his PhD in theoretical physics at the university of Paris VI (France) in 1996, under the supervision of M. Mézard. The subject of the thesis was the out-of-equilibrium dynamics of spin glasses. Alain then spent two years at the Abdus Salam ICTP in Trieste, Italy, as a postdoctoral fellow. In 1998, he entered the National Council for Scientific Research (CNRS) of France with a permanent position as junior researcher. He spent 10 years at the Laboratoire de Physique Théorique at the University of Paris-Sud. Alain is currently CNRS senior researcher at the Centre de Physique Théorique in Marseille. He was a research scientist at the Institute for Scientific Interchange in Turin, Italy from 2006 to 2019 and he is Specially Appointed Professor at the Tokyo Tech World Research Hub Initiative (Tokyo, Japan) since April 2019. From April 2014 to November 2020, Alain was vice-president treasurer of the Complex Systems Society. Since January 2018, he is board member of the NetSci Society. Since December 2020, he is Divisional Associate Editor of Physical Review Letters. Since January 2018, Alain is deputy director of the Centre de Physique Théorique.