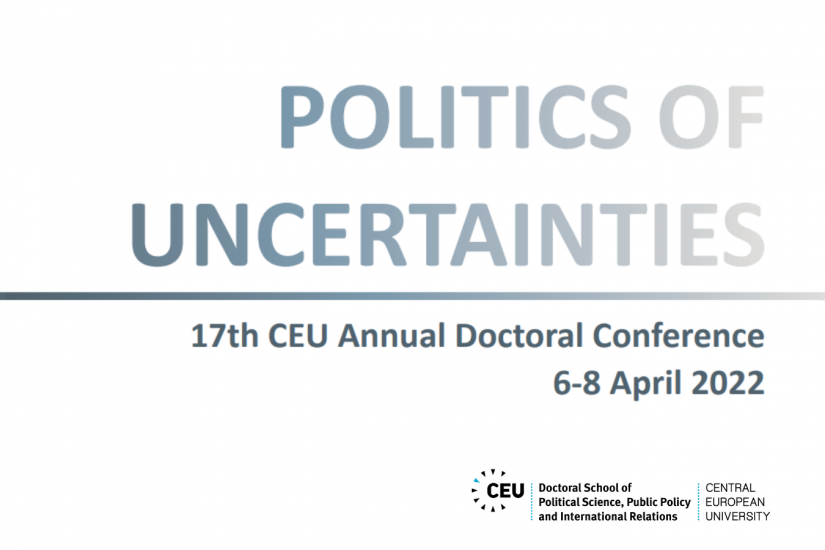 Join us in the second of five keynotes we'll host at the 17th Annual Doctoral Conference: Politics of Uncertainties.

After a full-online 16th edition of the ADC, this year we return onsite, at our Vienna campus in Quellenstraße 51! Still, we decided to guarantee the hybrid mode for the whole conference, so that presenters, discussants, as well as the audience, can join via Zoom. Register here by April 4 to attend.

Abstract / When does the citizen or other resident meet the state? Some might say that such interactions take place during elections and voting; or, perhaps more poignantly, meeting the police in the aftermath of violating a law or being the victim of such violation. A broader body of literature suggests that it is street-level bureaucrats in general, including social workers, school teachers, and other ‘front-line’ workers in addition to police, who constitute the government’s face (Lipsky 2010 [1980], Maynard-Moody and Musheno 2003). But there is another, even more impersonal venue through which citizens and other residents meet the state in very ordinary, almost everyday fashion. What is your address? Your highest educational attainment? Your annual income? Your religion? Your nationality? If you are an immigrant or a naturalized citizen, what is your country of origin? What is the race-ethnicity of your family? What is your place—village, town, city, municipality, country, continent—of birth? These and other sorts of questions populate registration forms created and used by states and their agencies. The answers constitute the language of categories. In this talk I will begin by sketching out two main schools of thought in category theory, which differ with regard to the internal design of categories. I will illustrate the theories with examples from my current research on state-created categories in public policy and administrative settings, with a focus on immigrant and race-ethnic groups. The stability of state-created categories seemingly combats political uncertainties, but in their social policy uses, they introduce uncertainties that may themselves be destabilizing. I will conclude with some comments on doing this sort of ‘category analysis’, which inquires into the meanings categories have for different ‘audiences’. This work builds on and extends several articles and a 2003 book, further developing category theory and drawing on case material from The Netherlands and elsewhere.

Bio / A political/organizational ethnographer and interpretive methodologist, Dvora Yanow teaches and researches topics that explore the generation and communication of knowing and meaning in policy and organizational settings. She is a Guest Professor in the Communication, Philosophy, and Technology Sub-Department of Wageningen University’s Department of Social Sciences (The Netherlands). Her current project, tentatively entitled The Treachery of Categories, explores category theory and state-created categories for immigrant integration policies, citizen-making practices, and race-ethnic identities. Other research interests include social science research ethics and their regulation; work practice studies; and science/technology museums and the idea of science. Interpretive Research Design (2012), with Peregrine Schwartz-Shea, launched their co-edited Routledge Series on Interpretive Methods; the second edition of their co-edited Interpretation and Method was published in 2014. Professor Yanow has been a fellow at the Rockefeller Foundation’s Bellagio Center and at the Käte Hamburger Kolleg/Institute for Global Cooperation Research (affiliated with the University of Duisburg-Essen) and has held visiting positions at the Danish Institute for International Studies, the University of Strasbourg’s Institut d’Etudes Politiques, Vienna’s Institute for Advanced Studies, the University of Paris Dauphine, and Shenyang’s North East University (China), among others. Outside of COVID-time, she has sung in an early music chamber chorus and joined various folkdance sessions.