The Sovereignist Challenge to the European Union: Features and Ambiguities 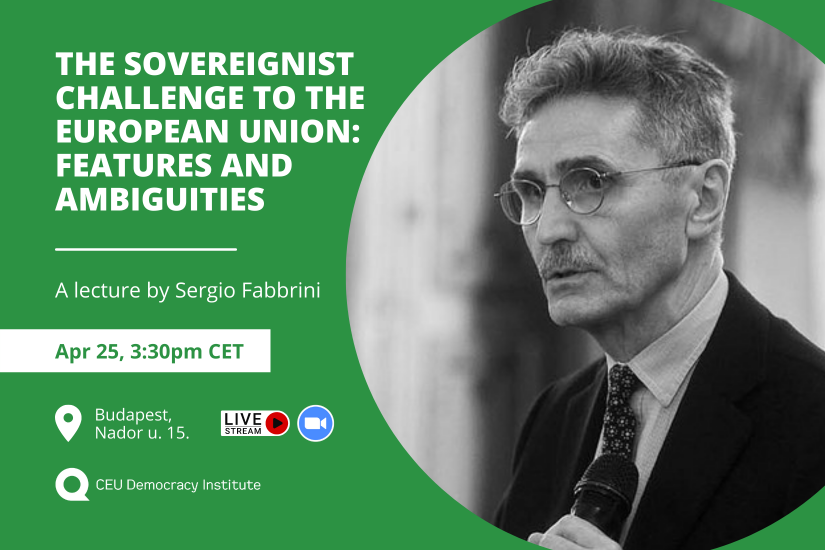 The presentation will discuss nationalism in the post-Brexit period (2016-2020). Because of the negative consequences of Brexit on British politics and economics, nationalism has had to face the challenge to adapt to European integration and interdependence. This adaptation (which had clear opportunistic traits) is here conceptualized as ‘sovereignism’. The presentation will identify commonalities and differences in the sovereignist narrative. All sovereignists criticized the supranational character (institutional sovereignism) and the administratively centralized policy system (policy sovereignism) which has developed within the EU. However, sovereignists divided on the rationale of their criticism, based more on an economic discourse (economic sovereignism) in western Europe and more on a cultural discourse (cultural sovereignism) in eastern Europe. The divisions within sovereignists have emerged also during the pandemic crisis and the Russian aggression of Ukraine. The ambiguities of sovereignism do not help to create an alliance between sovereignists.

If you would like to attend the lecture in-person, please register here.

Sergio Fabbrini is currently Professor of Political Science and International Relations, Intesa Sanpaolo Chair on European Governance and Dean of the Political Science Department at the Luiss Guido Carli in Rome (ranked by QS as the twenty-second Political Science Department in the world, 2022). He was the Pierre Keller Visiting Professor at the Harvard Kennedy School of Government 2019-2020. He founded and directed the Luiss School of Government from 2009 to 2018. He served as Director of the Trento School of International Studies in the period 2006-2009 and Editor of the “Italian Journal of Political Science” in the period 2004-2009, the first Editor after Giovanni Sartori who founded it. He is Recurrent Visiting Professor of Comparative and International Politics at the Department of Political Science and Institute of Governmental Studies, University of California at Berkeley. He won the 2017 Spinelli Prize, the 2011 “Capalbio Prize for Europe”, the 2009 “Filippo Burzio Prize for the Political Sciences” and the 2006 Amalfi European Prize for the Social Sciences. He was member of the Steering Committee of the European Consortium for Political Research (ECPR) Standing Group on European Union. He published twenty books, two co-authored books and twenty edited or co-edited books or journals’ special issues, and several hundred scientific articles and essays in seven languages in the most important peer-reviewed international journals.

Erin Jenne (Chair) is a Research Affiliate at the CEU Democracy Institute, and a Professor at the International Relations Department at CEU. She received her PhD at Stanford University in political science with concentrations in comparative politics, international relations and organizational theory. She has received numerous grants and fellowships, including a MacArthur fellowship at Stanford University, a Belfer Center for Science and International Affairs (BCSIA) fellowship at Harvard University, a Carnegie Corporation scholarship, a Senior Fernand Braudel fellowship at European University Institute (EUI) in Florence, and was co-principal investigator for a Minerva Grant from the US Office of Naval Research to conduct research on the subject of soft power. She is the author of Ethnic Bargaining: The Paradox of Minority Empowerment and Nested Security: Lessons in Conflict Management from the League of Nations and the European Union. She has published numerous book chapters and articles, and was an Associate Editor for the Journal of Foreign Policy Analysis.