Research Seminar: The Andalusians of Tunisia, Cultural pride and Privilege longing; Cultural Revivalism at the Crossroads of Identity and Class, Past and Present 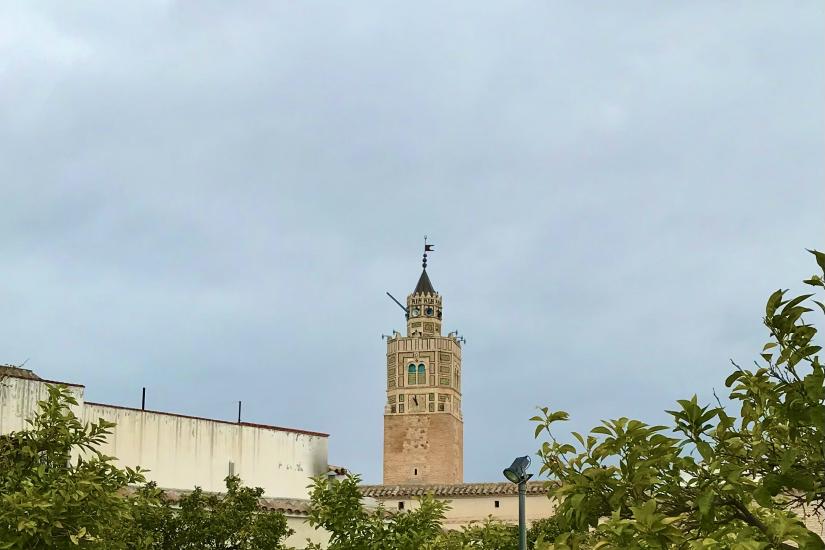 Abstract: It is estimated that approximately one million Tunisians are of Andalusian descent; people who claim a genealogical connection to the Muslim Iberians that sought refuge in North Africa between the eighth and the seventeenth centuries, though most of them arrived during the year 1609, a moment when approximately 85,000 Muslims from the Iberian Peninsula arrived mostly to the port of Tunis and settled down in the city and its surrounding region. Andalusians had not constituted a uniform community before, the different groups came from different parts of the Iberian Peninsula, spoke different languages, and had markedly diverse economic conditions. Yet, they began to be considered as part of a single entity upon their arrival in Tunisia. They settled down across the territory, creating differentiated urban quartiers and ex-novo towns in the countryside. Over time Andalusians have mostly mixed with the local communities and their cultural differentiation has diluted. In some cases, though, cultural distinctive traits, a ‘habitus’, and a sense of group belonging have been preserved, related to a number of contributing factors, such as endogamy, dialectal differentiation, economic privilege, and racial segregation, among others. Still referred to as Andalusians in many parts of the country, the ethnic component, understood here as the differentiated organizing principle in social, economic, and cultural relations, has not been over time and uniformly erased and/or preserved across Tunisia; in some areas, there are Andalusians who proudly identify themselves as part of the group, while in others, cultural assimilation has been mostly the norm.

In this paper, I will scrutinize the reasons behind the preservation of distinctiveness, as well as of ethnic assimilation experienced by this group, by looking at who in Tunisia, claims adherence to an Andalusian community and why. I will explore the reasons behind cultural preservation/assimilation by asking: first, who are the groups that claim Andalusian ancestry and why; second, whether these claims are recent; third, what are the social and political circumstances that have triggered the waxing and waning of the claims of belonging to an Andalusian group; and, forth, what do people aim to, or ultimately do, gain or lose, by being identified with Andalusianness. Furthermore, since the Arab Spring identity politics have compellingly materialized in Tunisia, with a number of ‘minority’ groups, the Black, Berber, and Queer communities mostly, becoming more visible, by articulating political claims of recognition. The majority of Andalusians, by contrast, do not consider themselves a minority and are against becoming subjects perceived as part and parcel of the new identity politics debate. The paper also scrutinizes the distinctiveness of the Andalusian case in relation to these recent developments. Overall, I seek to problematize the question of cultural identity and ethnicity by elaborating on the purposes such identity claims serve. Culture is here perceived as a process of sense-making that serves to articulate systems of social inequality. The Andalusian case, I ultimately argue, sheds light on the ways people recur to notions of cultural authenticity in order to claim or legitimize a societal positioning of privilege and power.

Marta Dominguez Diaz (BA Barcelona, MA & PhD SOAS, London) is a Senior Lecturer in Islamic Studies (Anthropology) at the University of St Gallen. She has previously held research and teaching posts at SOAS (London) and the Woolf Institute (Cambridge). Her research interests include Sufism (North-African and European), cultural identities and ethnicity in North Africa, Islam in Europe, Ritual Studies, Embodied Religion, Comparative Religion, and Muslim-Jewish Relations. She has published a number of academic articles, is the author of Women in Sufism Female Religiosities in a Transnational Order (Routledge), and is concluding the monograph Tunisia’s Andalusians: the Cultural Identity of a North African Minority (Edinburgh University Press).

If you cannot attend the meeting in person, please join us via Zoom: