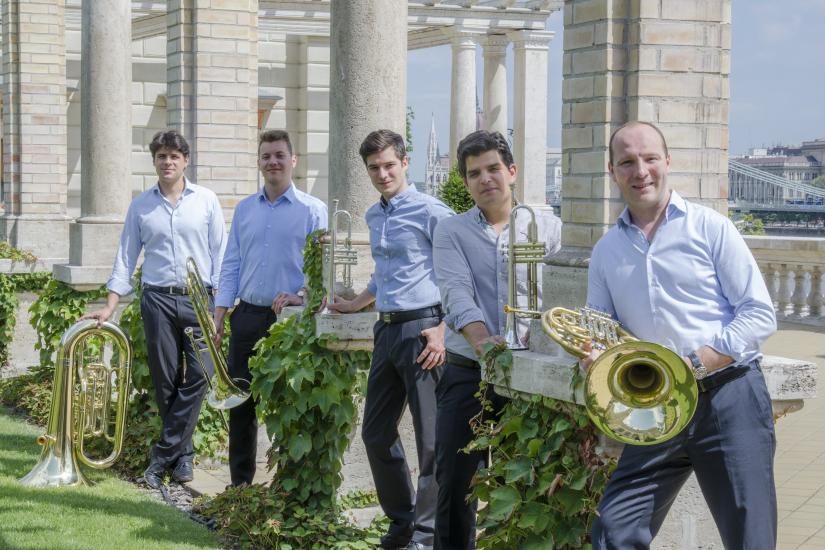 In Medias Brass was formed in January 2010. Its members got their degree at the Franz Liszt Academy of Music. The ensemble – just a bit more than three years into its existence – has been well placed on seven noted international competition in Jeju (South Korea), Passau (Germany), Stanjel (Slovenia), Osaka (Japan), Chieri (Italy), Lyon (France) and in Knoxville (Tennessee, USA), where they won five first prizes, two second prizes and special prizes too.

Beside Hungary, they had several recitals in Switzerland, Germany, Italy, France, Lithuania, Poland, Czech Republic, Slovakia, Dubai, the United States of America, Japan and South-Korea. They gave masterclasses in Lithuania, Czech Republic, South-Korea and Japan, too. In November 2011 they were given the „Junior Prima” title, which is the highest award for young and talented people in any field of art in Hungary. In 2012 they were promoted by Hungarofest management, through their Talent Program.

********************************************
Marcell Dénes-Worowski and Dénes Seidl are the founders of ZeneMűvek edutainment project.
With this initiative their aim is to give a new narrative to the relationship between young audience and classical music. The aim of their performances is to provide a direct tool for the audience so that their concert experience and listening to music in general becomes deeper and more complex.
In the framework of Central European University’s Young Musicians Concert Series they are going to show chamber music formations that are on one hand significant ensembles of the Hungarian classical music scene, on the other which make it possible to discover important segments of music literature (string quartet, acapella singing, Baroque musical forms, etc.).