Roman Religion in the Danubian Provinces: Glocality and Materiality of Past Religions 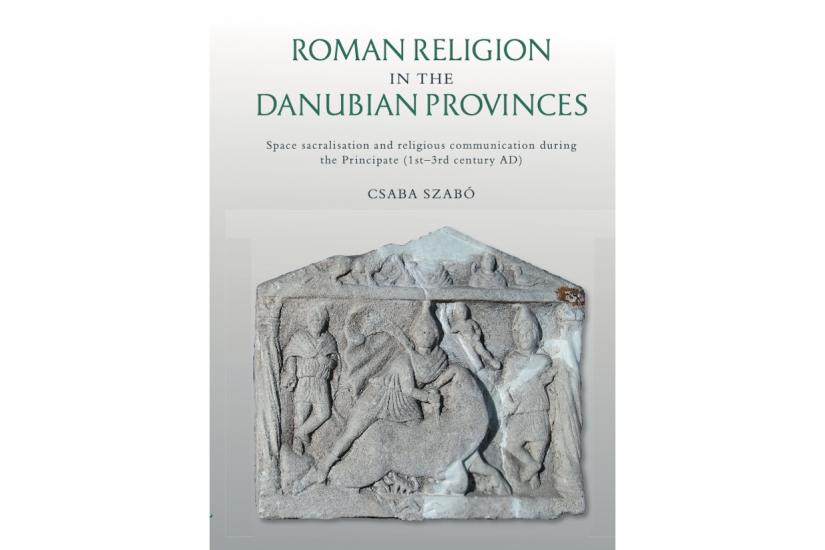 Roman Religion in the Danubian Provinces: Glocality and Materiality of Past Religions

ABOUT THE BOOK: The Danubian provinces represent one of the largest macro-units within the Roman Empire, with a large and rich heritage of Roman material evidence. Although the notion itself is a modern 18th-century creation, this region represents a unique area, where the dominant, pre-Roman cultures (Celtic, Illyrian, Hellenistic, Thracian) are interconnected within the new administrative, economic and cultural units of Roman cities, provinces and extra-provincial networks. This book presents the material evidence of Roman religion in the Danubian provinces through a new, paradigmatic methodology, focusing not only on the traditional urban and provincial units of the Roman Empire, but on a new space taxonomy and glocality of religion.

ABOUT THE AUTHOR: Csaba Szabó is currently a research fellow with the Department of Religious Studies at the University of Szeged (Hungary). His current research is focusing on materiality of Roman religion in the Danubian provinces, reception of classical archaeology and antiquity in Romania and materiality of religion in contemporary studies in Central-Eastern Europe. Prior to the current volume we will be launching at this event, Roman Religion in the Danubian Provinces: Glocality and materiality of past religions, he recently also published two volumes on Roman religion and history of archaeology: Sanctuaries in Roman Dacia, Archaeopress, Oxford, 2018 and András Bodor and the history of classics in Transylvania in the 20th century, Archaeopress, 2020

or join us on-line at Zoom link: