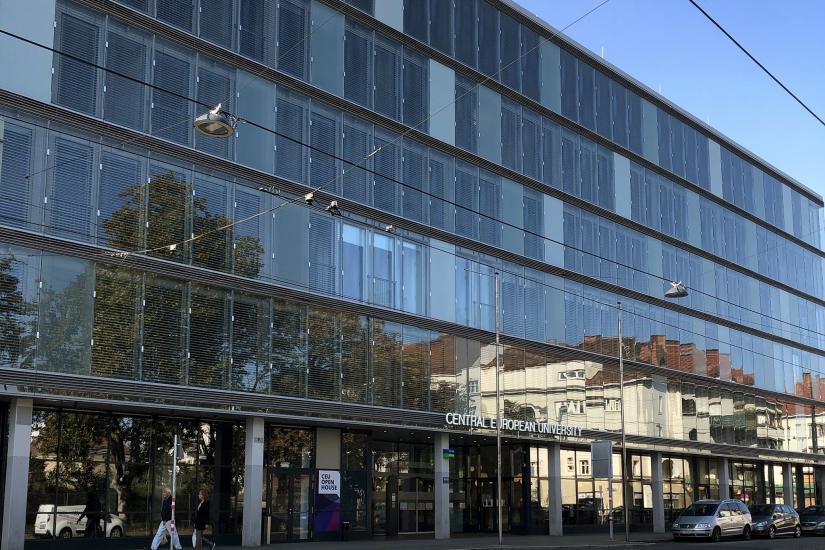 The Department of Gender Studies cordially invites you to the Public Defense of the PhD Dissertation by Dmitrii Dorogov on:

Abstract
The project draws on postfoundational political theory, poststructuralist discourse analysis, and postcolonial theory to offer a comprehensive analysis of the anxieties over sexuality, sexual norm and sexual behaviour that gained salience in the Russian public sphere in the years 2011-2014. Over this period, problematizations of homosexuality and other “deviations” from “traditional” norms were articulated as matters of national and state security; the field of discursivity around sexuality and sexual norm became a dynamic, tumultuous space instigating a moral panic.

I begin with theorizing Vladimir V. Putin’s illiberal governance as founded upon a perpetual state of emergency that manifests itself in an obsessive preoccupation with (re)defining and defending sovereignty. I investigate this constitutive discursive dynamic to trace the transition from the early, mostly technocratic (first term), to the more authoritarian and conservative stage of Putinism (second and third terms on). This transition, I argue, was marked by the change of emphasis within the nodal point of “sovereign democracy” whereby the floating signifier “sovereignty” gradually rose to salience.

I argue that the new iteration of “sovereignty,” that came about marking Putin’s return for a third term in office in 2012, was marked by the propagation of “spiritual-moral values” and the deployment of the discourse of “sexual sovereignty.” These developments responded to a need to conjure up a new populist front and relegitimise the regime. Tracing the emergence and deployment of the discourse of securitization of “traditional values” through the foundational work of a number of key organic intellectuals and moral entrepreneurs of Putinism, I offer a genealogical examination of discursive preconditions of the 2011-2014 sexual panic that came about as early as the 1990s and 2000s. This analysis allows for me to argue that these preconditions, as well as the discourse of sexual sovereignty itself, need to be scrutinized beyond writing them off as a mere manifestation of a “centuries long,” “deeply entrenched” homophobia of the Russian society.

I then proceed to a discussion of Putinite state homophobia as a biopolitical discourse, arguing that its function is to facilitate nation-building by drawing the lines of inclusion/exclusion. A discourse analysis of a textual sample comprised of what figured in 2011-2014 as mainstream expert knowledge on homosexuality, allows for me to discern an interplay between the repressive legacy of Soviet psychiatry that, in the Russian Federation, has morphed into a medical narrative supporting the discourse of sexual sovereignty, and a trend for normalization of “non-traditional” sexualities. The analysis reveals that the “expert homophobia” is infused with the same political logic of securitization discerned previously. In a similar vein, the Russian state’s peculiar approach to the biopolitics of HIV/AIDS, that relies on the affirmation of traditional values, contributes to the perpetuation of the lines of division discerned in the psychiatric discourse.

Finally, I apply postcolonial theory to transcend contextually limited analytical frameworks for approaching Russian sexual politics. I argue that the political logic of securitization informing the discourse of sexual sovereignty is symptomatic of the liminal postcolonial positionality of the Russian political subject vis-a-vis the “West.” The narrow presumption that homophobia is always (and only) about homosexuality clouds what is at stake in different stances on LGBT+ rights in various geopolitical spaces. To counter it, I argue that the sexual panic in Russia was a culturally complex phenomenon entangled in the “subaltern empire's” quest to articulate its national identity in relation to its constitutive outside - the “West.” Reading the discourse of sexual sovereignty via Homi K. Bhabha's theory of hybridity, I demonstrate how the Russian political subject is caught in mimicry of the Western hegemonic political language. By reversing and subverting this language, it tries to construct a paleoconservative imaginary of an anti-Modern autarky in the absence of domestic referents for national identity politics.