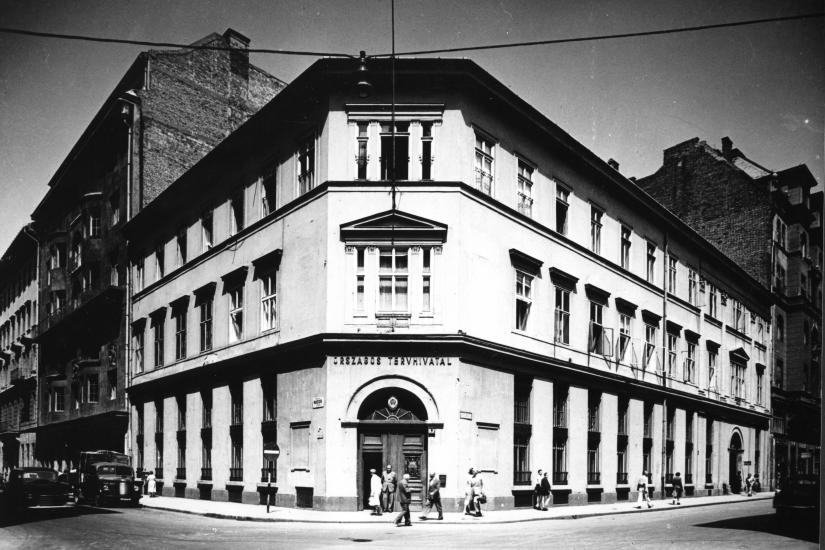 The Blinken OSA Archives - a Unit of the Central European University - has been participating in the Night of Museums since 2009, but this will be the first time that visitors will be invited not to the Archives themselves but to the CEU Nádor Street complex. The focus of this year's program is on the exiled university and its fascinating and troubled fate in Budapest.

CEU Campus Tour every hour from 4 pm to 9 pm!

A longer version of the film "Free University" will be screened in the CEU Auditorium with English and Hungarian subtitles; the film is 55 minutes long. The first screening starts at 4 p.m. and the film will be shown every hour until 9 p.m.

The history of the Nádor Street buildings that make up CEU's Budapest campus is closely intertwined with the 20th-century history of the city center, the city, and the country. Antal Festetics commissioned architect Mihály Pollack to design the neoclassical building at Nádor u. 9. The palace, originally a residential building, was later rented by a commercial bank and later by the famous Lloyds Bank. Our colleagues also talk about what happened to the building after the Second World War. The war-damaged building first housed the Military Policy Department, with offices upstairs and a prison in the basement, where Ferenc Szálasi was kept after the war. Later, the building was used by the General Economic Council and then by the Economic Planning Office until the 1960s. From the 1970s onwards the building, which was in an increasingly poor state of repair, was used by the METALIMPEX Steel and Metal Trading Company; it was finally taken over by the Central European University in 1992.

During the tour, visitors can also learn about the history of CEU. The documents of the university's Budapest operations are kept in our archives, so a variety of burning questions will be answered: if CEU is gone, how did it stay in the city center?  Did it really stay here? What kind of institutions are operating in the building, what is Freeszfe doing in the CEU, what has happened to the educational services and students, and will one of the best English-language libraries in the region remain in the long term?