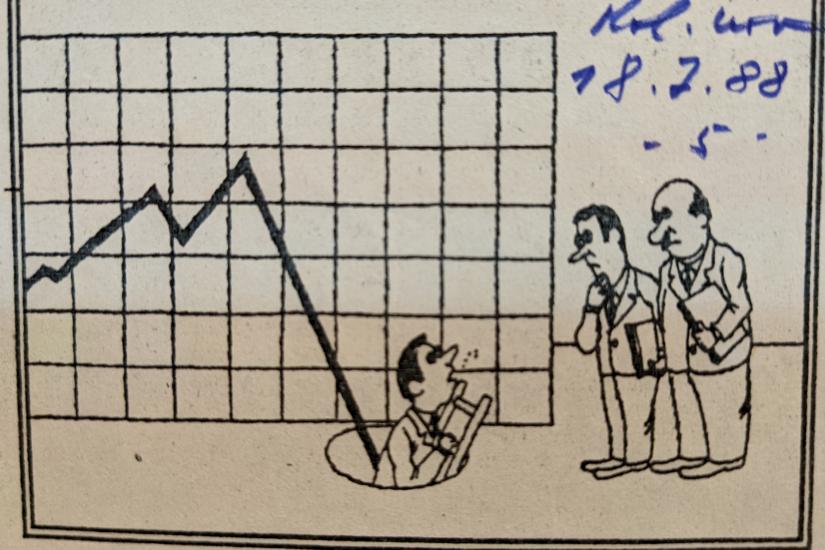 Between the 1960s and 1990s, the European (and perhaps generally western) public fundamentally changed its views on the issue of dam-building. Once revered and hailed by political leaders and the masses alike as symbols of social and technological progress, by the early 1970s high multi-purpose concrete dams started to fall out of favor. Emerging environmentalism introduced and popularized new critical perspectives on large-scale technological projects intervening with environmental systems. Environmentalists pointed to the discrepancy between alleged and real benefits of large dams and emphasized the necessity to look also at the other part of the equation – environmental and social costs associated with their construction and operation. In response to the public opposition to dam-building in the 1980s, European governments gradually dropped all but the smallest dam-projects. By the early 1990s, the debate arrived at a broad consensus. The new public image of large-scale dams depicted them as environmentally disastrous and financially hazardous undertakings. Sometimes, it even led to the considerations of demolishing dams in order to restore the natural state of rivers and hydrological regimes of landscapes.
These discursive shifts tell us something about the production of truth and consensus in modern societies and the crucial role of experts and media in the process. The proposed project aims at analyzing the role of RFE in articulating the problem and shaping the debates on the development (e.g. Damming) of the Danube river in the late 1980s and early 1990s, with particular emphasis on the Gabčíkovo-Nagymaros project.
The talk will focus on the communication/translation between national press discourse (official and non-official), especially in Czechoslovakia and RFE data collection and reporting. I will try to frame and analyze the role of RFE within the analytical Framework of “Environing Media” (Adam Wickberg and Johan Gärdebo, 2021)

Defying the Iron Curtain: Émigré journals and their attempts to confront the post-war reality by Jan Farfal

This project examines the ways in which émigré journals addressed their home societies behind the Iron Curtain. The focus of the project is placed upon the most prominent Polish, Czechoslovak, and Yugoslav democratic centre-left émigré journals in the postwar period including their legacies in the post-socialist transition. The journals in question are: Kultura, edited by Jerzy Gierdoyc, in the case of Czechoslovakia - Svědectví, edited by Pavel Tigrid, whereas for Yugoslavia, Naša reč edited by Desimir Tošić. Despite their differences, Kultura, Svědectví, and Naša reč, rejected the dogmatic anti-communism of their émigré counterparts and questioned the idea of ‘reversing clocks’ to the pre-war reality. Published predominantly in Paris and London, distributed among émigré communities across the globe, and smuggled to their home societies, the journals in question played a prominent role in the development of their national cultures and alternative political trajectories.
The central theme of this project examines the role of émigré intellectuals and the ways in which they addressed their home societies behind the Iron Curtain. By analyzing the rationale of Kultura, Svědectví, and Naša reč, I aim to revisit and reshape commonly held assumptions about the intellectual climate related to the ‘Iron Curtain’. I will argue that exiled communities had a much bigger influence than could be judged from their limited scale, physical remoteness, and the prominence of local dissidents. In its limited form, this work will portray the fate of East European intelligentsia after the war, their dilemmas, and attempts to adjust to the new post-war reality.