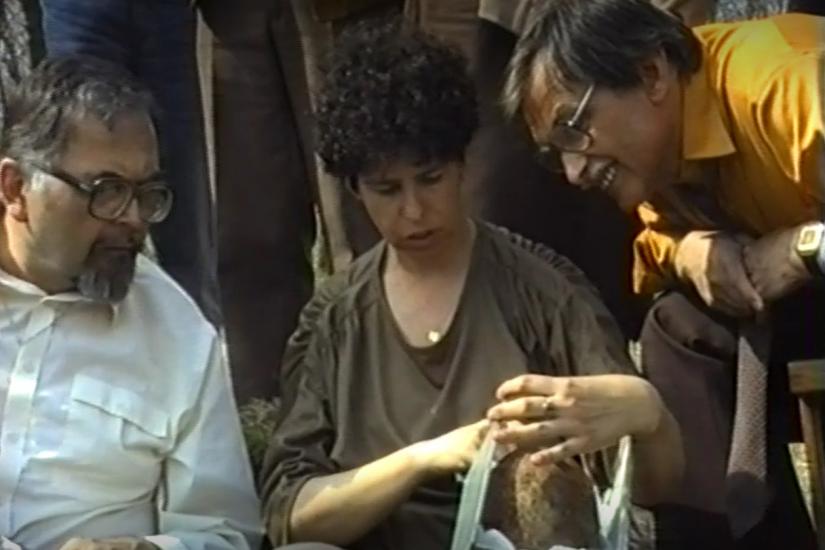 Changing the World from Below: The Transnational Struggle for Peace, Human Rights, and a People's Détente

Dr. Peterson is currently working on a book tentatively entitled Changing the World from Below: The Transnational Struggle for Peace, Human Rights, and a People’s Détente. This work will explore the origins and evolution of transnational debates about the proper relationship among the issues of human rights, peace, the Helsinki Accords (Final Act), and détente during the 1980s and early 1990s. It will pay particular attention to how private citizens and non-governmental groups in the Soviet Bloc, Western Europe, and the United States used transnational exchanges to build support for forging a “people’s détente” or détente “from below” that linked the tasks of curbing human rights violations, promoting peace, facilitating exchanges across borders, and reducing military armaments. This book will also explain how transnational exchanges that defended the link between peace and human rights helped undermine the legitimacy of Soviet-style socialist regimes and end the Cold War; reveal the limitations of only viewing the process of détente as a “top-down” phenomenon that encompassed how governmental elites worked to reduce Cold War tensions through negotiations and the signing of agreements; showcase the limitations of asserting that Central-Eastern European and Soviet dissenters refused to identify with the concept of détente; and reinforce that not all Western peace activists rejected linking the advancement of peace to the cause of human rights and the “Helsinki process” (i.e., holding governments accountable for their Final Act compliance records). Furthermore, this work will address historiographical debates about the value of transnational history and how private citizens can shape history. It will also explain why the U.S. peace activist Joanne Landy’s critique of Soviet-style socialism and Western neoliberalism has such relevance today.

Between the void and the action. Dead bodies of the enemies of the system in the Eastern Europe

by Karolina Rosiejka, Adjunct professor, Department of History of Art and Philosophy, University of The Arts in Poznan

Horror and dread of death haunted the world with the outbreak of the World War II and lasted until the end of Cold War. Cadavers and mortal remains became a vivid part of the new reality, visible in everyday experience and perceivable through the different media. Discourse and visuality surrounding death in this period and especially the aesthetics dimension (where aesthetics is understood as examination of affective response to an object or phenomenon) are often omitted in academic discussions. This particular lack constituted the scope of this research.

Dead bodies of anticommunist activists, partisans, political opponents of Socialism, and people accused of espionage, who were eliminated by the Soviet system or tried in the court of law and were sentenced to capital punishment in the 1940s and 1950s in the Eastern Block are in the center of this presentation. Methods of the Communist apparatus dealing with their bodies during and after execution is tracked in the press and in various archival materials from the OSA collection to explain the visually effective dimension of the presented materials, describing the attitudes of the Communist system towards this subordinate reality. Focusing on the emotions and feelings arousing around the bodies of the enemies of the system in the Eastern Europe, as presented in the press and in various archival materials and perceivable in relation with the images and descriptions of the dead body. This presentation will discuss two significant and vastly different attitudes of the communist power towards the dead bodies of the peoples’ enemies: the silence and a particular void that surrounded the imposition of capital punishment after the trials, that were lively presented in the press on one hand, and on the other hand, the actions undertaken in the cases of politicians and public personas killed by the communist state in given period (Fieldrof Nil, Masaryk, Nagy), using research materials from both the Communist period and Post-communist era.