Democratic Self-Defense in Times of Autocratization 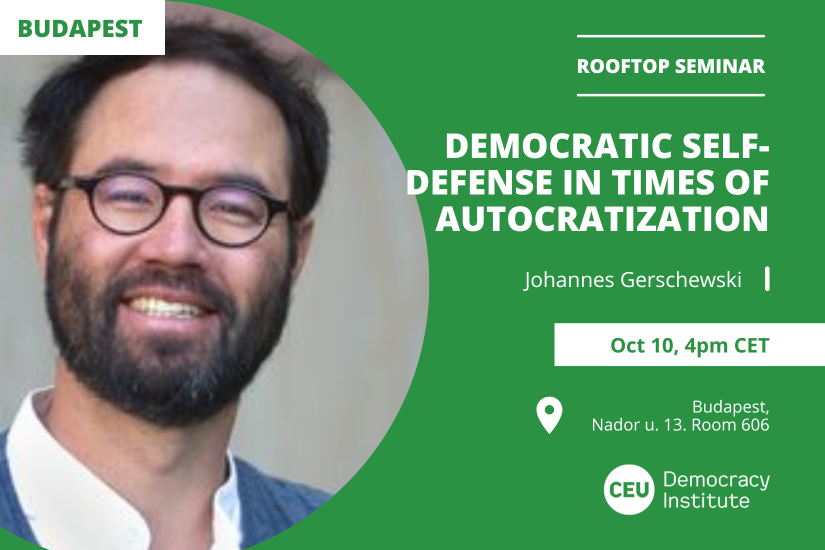 Currently, we are witnessing a “wave” of autocratizations across the globe. For some years, the number of countries that experience a loss of their democratic quality is increasing. In this context, the paper addresses the question what democracies can do to defend themselves. How can democracies stem their weight against these autocratization processes? An intuitive answer can be found in the works on “militant democracies”. The basic idea is that democracies can and should rely on legal means to save democracy against its enemies. These means range from measures against the abuse of parliamentary institutions, the protection of the independence of the judiciary to controversial instruments like banning of political parties and the curtailment of political rights – under certain circumstances. Being initially developed by German émigré scholar Karl Loewenstein in the 1930s, the paper asks what lessons can be drawn from these classic writings. How – and to what extent – can these ideas be translated to today’s challenges?

Johannes Gerschewski is Research Fellow at Global Governance Unit at the WZB Berlin Social Science Center, and Academic Coordinator of Theory Network, Cluster of Excellence "Contestations of the Liberal Script (SCRIPTS)" at Freie Universität Berlin. Previously he was Fernand Braudel Senior Fellow at European University Institute, and lecturer at Hochschule für Politik, Technical University Munich and Institute for Social Sciences, Humboldt University Berlin. He has a PhD from the Berlin Graduate School of Social Sciences, Humboldt-University Berlin, and his dissertation was awarded the best dissertation in 2013 and 2014 by Zeitschrift für Vergleichende Politikwissenschaft and the Democracy Research Section of the German Political Science Association.

Zoltan Miklosi is Research Affiliate at CEU Democracy Institute and Associate Professor at the CEU Department of Political Science, where he has been teaching political philosophy since 2009, and served as Head of Department between 2017 and 2021. He held visiting positions at Princeton (2014-15) and Oxford (March 2019). He received his Ph.D. in Philosophy from ELTE University, where he specialized in political and moral philosophy. His current work focuses on the relational critique of distributive conceptions of justice, basic equality, and the basis of equal political rights, and he serves as work package leader in the Good Integration project funded by the Norwegian Science Fund.