Storms over the Balkans during the Second World War 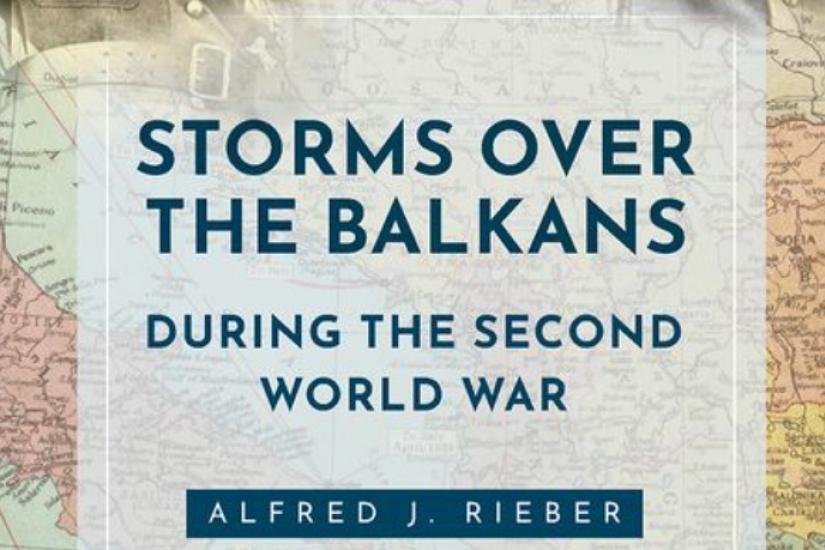 In a new interpretation of the history of the Balkans during the Second World War, Alfred J. Rieber explores the tangled political rivalries, cultural clashes, and armed conflicts among the great powers and the indigenous people competing for influence and domination. The study takes an original approach to the region based on the geography, social conditions, and imperial rivalries that spans several centuries, culminating in three wars during the first half of the twentieth century. Against this background, Rieber focuses on leadership - personified by Mussolini, Hitler, Stalin, Churchill, and Tito - as the key to explaining events. For each one the Balkans represented a strategic prize vital for the fulfilment of their ambitious war aims. For the local forces the destabilization of the war offered the opportunity to reorder societies, expel ethnic minorities, and expand national borders.

Storms over the Balkans during the Second World War illustrates how the leaders of the external powers were forced to improvise their tactics and compromise their ideologies under the pressure of war and the competing claims of their allies and clients. Neither the Axis nor the Allied camps were uniform blocs, and deep divisions ran through the ranks of the resistance and those collaborating with the occupying powers. These tensions contributed to the failure of all the participants in the struggle to achieve their aims. The complexities of the wartime experiences help to explain the persistence of memories and unfulfilled aspirations that continue to haunt the region. The study is based on extensive research in new sources in seven languages.

The book is available at the CEU Library as electronic resource here.