The Next Presentation of the Visegrad Scholarship at OSA 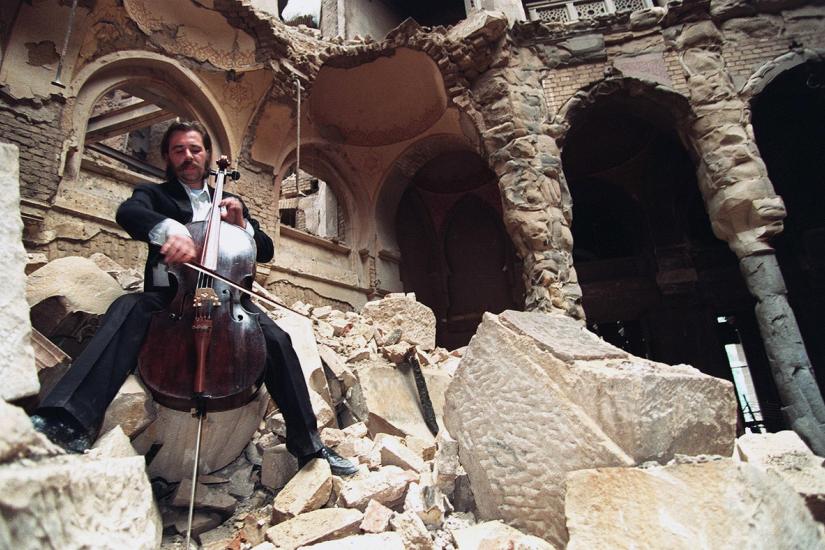 We are happy to announce the next presentation of the Visegrad Scholarship at OSA.
Join the event online following the link below!

Dr. Amila Ramović, University of Sarajevo
Art as Memory: Records of Artistic Practices During the Siege of Sarajevo 1992–1995

The siege of Sarajevo (1992–1992) was the largest in recent history, lasting 1,425 days. Despite constant shelling and sniper fire, killing 11,500 of the 350,000 inhabitants, including 1,500 children, and despite continuous lack of electricity, water, heating, food, or medical supplies, Sarajevo was a site of intense artistic production.

Over 170 exhibitions, 180 plays, and 2,000 concerts were held, most of which were well or fully attended. Such events have been commonly described as “cultural resistance.” But risking life to witness an art event while exposing oneself to constant danger behooves us to find a more meaningful vocabulary to convey the depth of these experiences at personal and social levels.

The key working hypothesis for this research project is that the documentation of such artistic practices can serve as an important deposit of collective memory and a source of knowledge to significantly enhance our understanding of the sociocultural aspects of the 1992–1995 war. Artistic life during the Sarajevo siege was documented to a large degree, but many records of important events are missing, and there has been no substantial attempt to retrieve them. Even the material that does exist has not been properly documented, analysed, or published. This project aims to initiate the major first step toward this goal.

The new call for the Visegrad Scholarship at OSA is open!
Lessons of the Cold War? Submission deadline for the 2022/2023 academic year: November 15, 2022
Read the full announcement here!