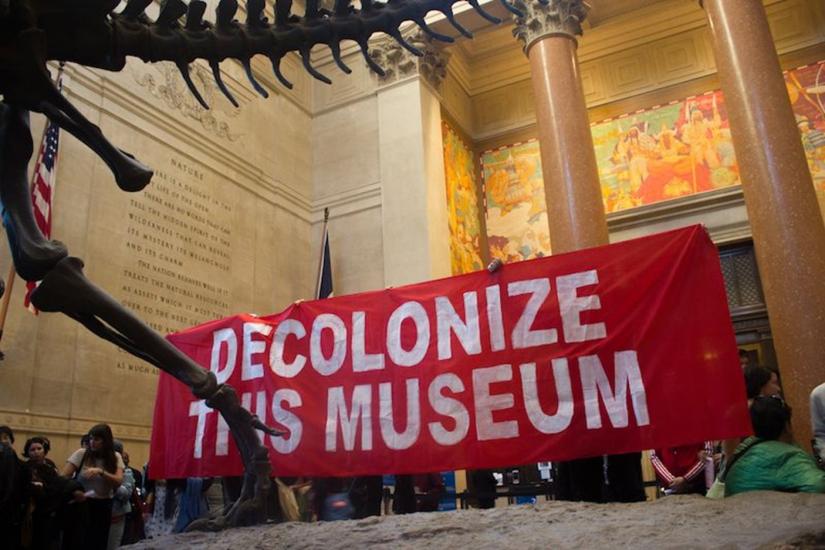 As tangible and intangible legacies of European empires, ethnographic museums continue to revivify colonialism by distorting the history of the Other. Through the anthropological gaze, they misconstrue cultural differences as a cultural hierarchy, thus, displaying African cultures, for example, in animated suspense that invokes imagined fossilized visions of the continent. These problems have led to varying agitations to decolonize western museums and subsequently heightened provenance and restitution research. However, the narrow political conception of restitution centered around object repatriation fails to address the more significant issue of decolonization. With restitution dissolving into aimless diplomatic politics, there is an urgent need to focus on repositioning African objects in Europe, rethinking their narratives and representations, and reframing African art history as an epistemological dimension to restitution. The rationale is that there are an estimated 70,000 African objects at the Musee du Quai Branly in France, 69,000 at the British Museum, 37,000 at the welt museum in Austria, and 75,000 at the future Humboldt forum in Germany, as well as 180,000 at the Musee royal de l' Afrique centrale in Belgium. The Neprajzi Muzeum in Budapest houses over 3,000, not to mention thousands in private collections. Yet less than 12,000 are contested, meaning the rest may never make it back to their indigenous origins. This lecture will introduce the concept of postcolonial museology as a crucial framework to help European museums navigate their colonial past by reconceptualizing African arts in their collections. It will advance the theory that decolonizing museum practices constitutes an ethical recompense for imperial epistemicide and ongoing epistemic violence against Africa. The lecture sets out a plan for understanding the future of African art globally based on the collaborative deracializing of museum taxonomies by the global north and south, not on the tokenish repatriation of a few objects to Africa.