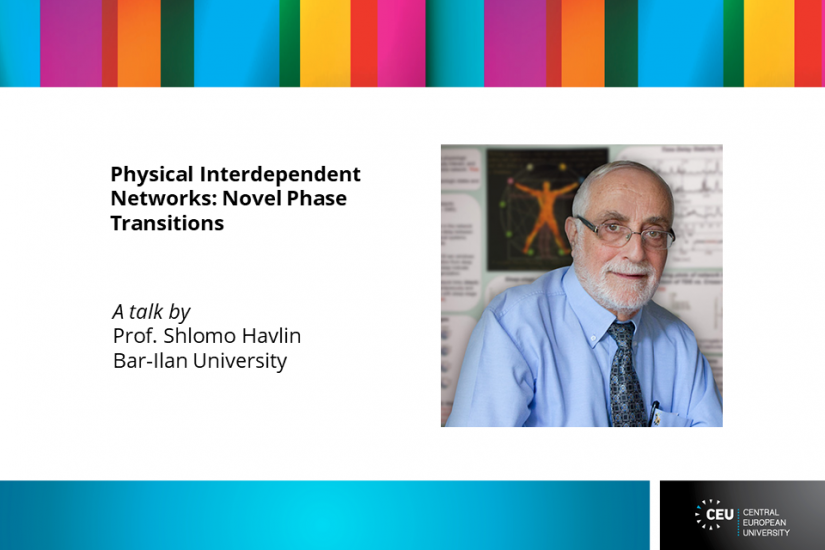 ABSTRACT / A theoretical framework for studying interdependent networks will be presented. In interdependent networks, such as infrastructures, when nodes in one network fail, they cause dependent nodes in other networks to also fail. This may happen recursively and can lead to a cascade of failures and to a sudden fragmentation of the system. This is in contrast to a single network where the percolation transition due to failures is continuous.  I will present analytical solutions based on percolation theory, for the critical thresholds, cascading failures, and the giant functional component of a network of n interdependent networks. Our analytical results show that a single network studied for 80 years is just a limited case, n=1, of the general and a significantly richer case of n>1. I will also show that interdependent networks embedded in space are significantly more vulnerable and have richer behavior compared to non-embedded networks. In particular, small localized attacks of zero fraction but above a critical size lead to cascading failures that dynamically propagate and yield abrupt collapse. Finally, I will show indications that the abstract interdependent percolation theory and its novel behavior can be proved in controlled experiments in real physical systems. I will discuss the recent theory and experiment on interdependent superconducting networks where we identified a novel abrupt transition and microscopic cascading although each isolated system shows a continuous transition.

BIO / Shlomo Havlin is a Professor in the Physics Department at Bar-Ilan University in Israel. He has carried out fundamental research in applications of statistical physics to areas such as complex networks, infrastructure resilience, geophysics, climate, medicine, biology, and others. Most recently, he has focused on interdependence between infrastructure networks such as the power grid and communications network; and novel methods for understanding traffic congestion in urban settings. Havlin has published over 800 scientific papers and is among the two most cited scientists in Israel with over 100,000 citations and an h-index of 136 (Google Scholar). For his works, he has been awarded the Lilienfeld Prize from the American Physical Society, the Rothschild Prize, the Order of the Star of Italy, and most recently, the Israel Prize for Physics and Chemistry.