A Sweet Secret: working with the ephemeral Holocaust film archive and a forgotten Jewish comedy. A new film project in development by Bernadette Wegenstein. 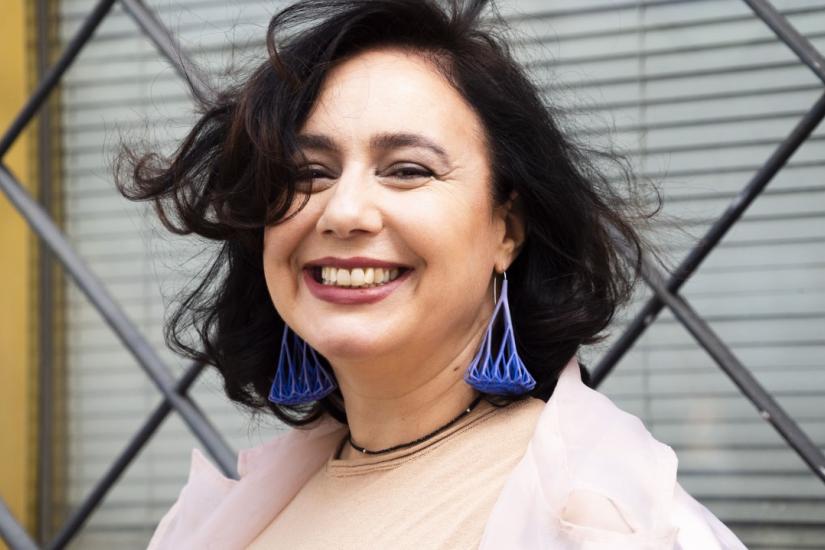 The title of the film: A Sweet Secret refers to the title of the original play -- a forgotten feminist comedy written in Vienna in 1927 called Ein Süsses Geheimnis by the Jewish author (and attorney) Michael Feuerstein. In that time, “A Sweet Secret” was an idiomatic phrase referring to an unmarried woman who is pregnant. While there appears to be a playfulness attached to this phrase, the truth behind it was far more terrifying for young women, as 20th century culture in Austria allowed women very few methods to support themselves financially without patriarchal intervention and moreover the title of the illuminates concerns around women’s body autonomy and the crisis of pre-marital pregnancy and subsequent motherhood.

Feuerstein, who was born in Korolenka, near Czernowitz (today’s Ukraine), in 1872, moved to Vienna in 1890 to study law and became a very successful attorney representing such prominent clients as the Rothschild family and Sigmund Bosel, until his law firm and all his private possessions were “aryanized” in 1938 during the Annexation of Austria. After its critically acclaimed premiere at the Renaissance Theatre in Vienna in 1927, Ein Süsses Geheimnis was also performed in Bad Ischl in 1928, where it inaugurated the imperial Austrian court season for the 100th anniversary of the historic local Lehar Theater. After these important first performances the play was shown widely in Austria and the Crownlands: Prague 1928, Graz 1929, Budapest and Klagenfurt 1931. The fact that this play has been completely forgotten from history begs the question of how many other such important pieces of literature were produced during pre-Holocaust Nazi Germany and Austria. The goal of this film project is to bring this play back to our collective memory, honoring the progressive content produced one-hundred years ago during a time of rising fascism.

This masterclass will give a glimpse into the main storylines and themes of A Sweet Secret, the two-fold nature of the film project (a documentary and a historical feature). The filmmaker will further discuss ethical questions of editing footage from the ephemeral Holocaust film archive, as well as from the Nazi newsreels and film productions.

Bernadette Wegenstein is an Austrian-born linguist, author and critically acclaimed documentary filmmaker living in Baltimore. She is Professor of Media Studies at Johns Hopkins University, where she directs the Center of Advanced Media Study. She is the author of several influential books in the field of media studies, including Getting Under the Skin: Body and Media Theory and The Cosmetic Gaze: Body Modification and the Construction of Beauty (both MIT Press). The anthology Radical Equalities and Global Feminist Filmmaking came out with Vernon Press. She is also currently writing a book about the filmmaker Jane Campion for Bloomsbury’s Philosophical Filmmakers Series. Bernadette has produced and directed feature-length and short documentaries, including most recently the award-winning feature The Conductor, which has been screened at more than forty international festivals and has won five Best Documentary film awards including two Audience Awards. Her film See You Soon Again about Holocaust survivors living in Baltimore, which was co-produced by the Austrian Film Board, played on ORF and other European TV stations. Her intimate breast cancer documentary, The Good Breast, which premiered at the Geena Davis Gender Institute’s film festival at Bentonville, played at numerous festivals around the world including Shanghai. She is currently in pre-production with the musical hybrid narrative film A Sweet Secret that adapts a play from 1927 pre-Holocaust Vienna. Her work brings together her feminist thought and her interest in human-centric storytelling.

The lecture can be followed online as well.