Brazil and Democracy After Bolsonaro 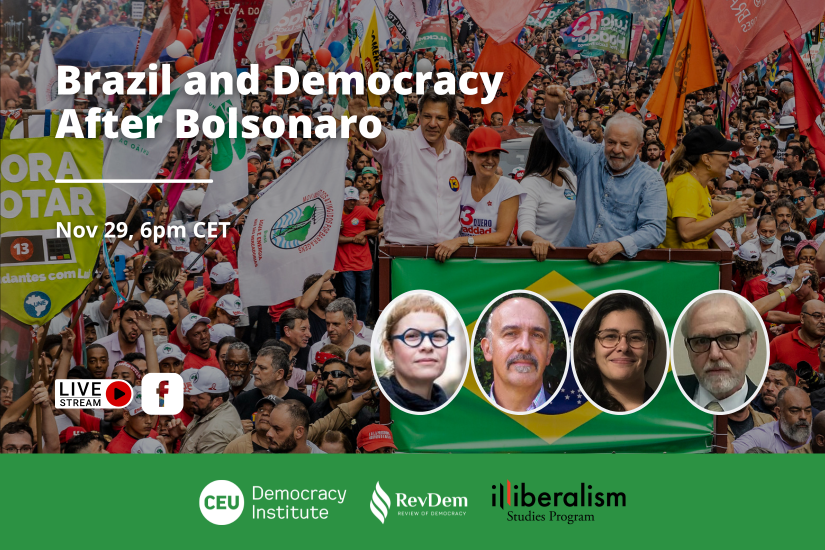 Brazilian voters did not trust Jair Bolsonaro with a second presidential term. Instead, they voted for the return of former president Luis Inácio Lula da Silva. President Lula's election success in the second round was secured by a broad coalition; he will have to govern alongside a Congress dominated by pro-Bolsonaro forces. He inherits a politically divided (polarized) society and a weak economy. What does Lula's presidency -- and Bolsonaro's defeat -- hold for Brazil? For the Americas? For democracy around the world?

Diego Abente Brun joined the Elliott School of International Affairs at The George Washington University in July 2019 after a long career in academia, the public arena and international organizations. He was Associate Professor of Political Science at Miami University of Ohio when the transition to democracy began in his native Paraguay. He resigned from his position in 1992 and returned to contribute to the process becoming a two-term Senator, a Minister of Justice and an Ambassador. Later he became the Deputy Director of the International Forum for Democratic Studies at the National Endowment for Democracy, the OAS Resident Representative in Ecuador, and an Advisor to the offices of the Secretary General and Adjunct Secretary General. He was twice a Fellow at the Kellogg Institute for International Studies at the University of Notre Dame and a consultant for the World Bank, the Inter-American Development Bank, and the Institute for Development Studies (Essex) among others.

Juliana Cesario Alvim Gomes is Visiting Professor at the CEU Legal Studies Department, and Human Rights Professor at Federal University of Minas Gerais, where she also coordinates the Human Rights Clinic. Before that, she taught at the federal and the state universities of Rio de Janeiro and has been a fellow at Fundacao Getulio Vargas Rio de Janeiro School of Law and a visiting fellow at the Global Health Justice Partnership at Yale Law School. She is also an elected member of the Brazilian Chapter of the International Society of Public Law and a member of the Mare Incognitum network on empirical research on the Brazilian Supreme Court. Since 2019, she has been hosting, together with two other law professors and a journalist, a weekly podcast on the Brazilian Supreme Court and Constitution, and she also has a decade of experience litigating for human rights before domestic and international courts.

Nauro Ferreira Campos is Professor of Economics at University College London and Research Professor at ETH-Zürich. His main fields of interest are political economy and European integration. He taught previously at CERGE-EI (Prague), California (Fullerton), University of Newcastle, Brunel, Paris 1 Sorbonne and Warwick. He was a visiting Fulbright Fellow at Johns Hopkins University (Baltimore), a Robert McNamara Fellow at The World Bank, and a CBS Fellow at Oxford University. He is a Research Fellow at IZA-Bonn, a Professorial Fellow at UNU-MERIT (Maastricht University), a member of the Scientific Advisory Board of the (Central) Bank of Finland, and a Senior Fellow of the ESRC Peer Review College. He was a visiting scholar at the University of Michigan, ETH, USC, Bonn, UCL, Stockholm, IMF, World Bank, and European Commission. From 2009 to 2014, he was seconded as Senior Economic Advisor/SRF to the Chief Economist of the UK’s Department for International Development. He is the editor in chief of Comparative Economic Studies (journal of the Association for Comparative Economic Studies) and of Cambridge University Press' book series Cambridge Elements on the Economics of European Integration.