Learning behind Bars: How IRA Prisoners Shaped the Peace Process in Ireland 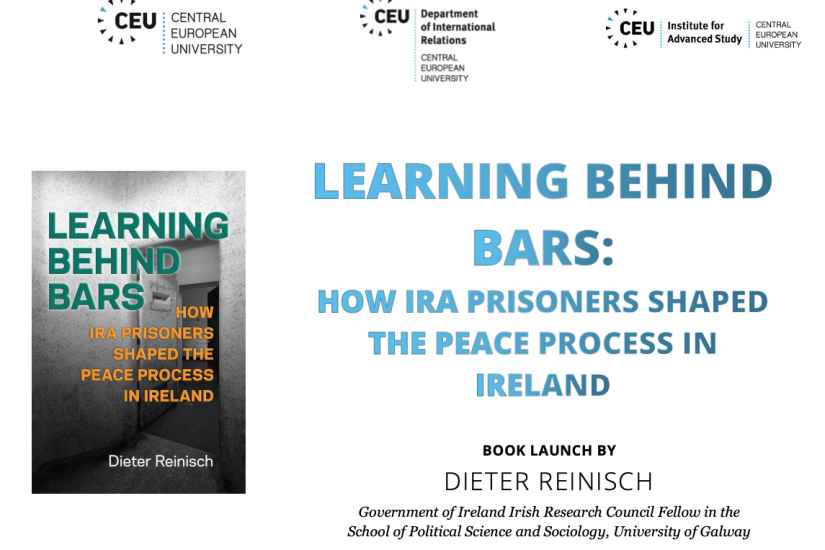 Learning behind Bars is an oral history of former Irish republican prisoners in the Republic of Ireland and Northern Ireland between 1971, the year internment was introduced, and 2000, when the high-security Long Kesh Detention Centre/HM Prison Maze closed. Dieter Reinisch outlines the role of politically motivated prisoners in ending armed conflicts as well as the personal and political development of these radical activists during their imprisonment. Based on extensive life-story interviews with Irish Republican Army (IRA) ex-prisoners, the book examines how political prisoners developed their intellectual positions through the interplay of political education and resistance. It sheds light on how prisoners used this experience to initiate the debates that eventually led to the acceptance of the peace process in Northern Ireland. Politically relevant and instructive, Learning behind Bars illuminates the value of education, politics, and resistance in the harshest of social environments.

Dieter Reinisch is a Government of Ireland Irish Research Council Fellow in the School of Political Science and Sociology, University of Galway. He holds a PhD in History from the European University Institute and is a Fellow of the Royal Historical Society (FRHistS). Before joining the University of Galway, he was a Junior Core Fellow in the Institute for Advanced Study, CEU, and held research positions at the University of St. Andrews and Ruhr University in Bochum. He is the author of “Performing Memory: Corporeality, Visuality, and Mobility after 1968” (with Luisa Passerini, Berghahn, 2023) and “Irish Republican Counterpublic: Armed Struggle & the Construction of a Radical Nationalist Community in Northern Ireland” (with Anne Kane, Routledge, 2023). His scholarly writings appeared in Critical Studies on Terrorism, Oral History Review, Irish Political Studies, and War & Society, among others. He also works as a freelance journalist and wrote Washington Post, RTÉ Brainstorm, Irish Examiner, Belfast Telegraph, and several Continental European outlets. He has recently been commissioned to write an International Relations and Politics textbook for SAGE.