An Illiberal Left? Critical Theories and Progressive Politics in the Contemporary West 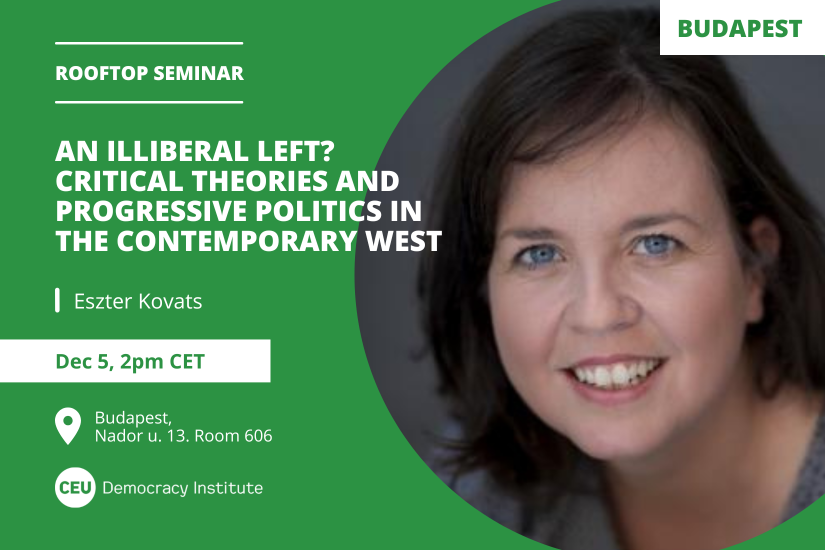 In various policy fields, representatives of the progressive left in Western academia, social movements and institutionalized politics claim to aim at more objectivity, inclusion, and democracy. Their opponents from the Marxist left, universalist liberalism, conservative forces, and the far right, in- and outside academia. insist on their anti-intellectual, religion-like, moralizing and therapeutic tendencies that threaten academic freedom, free speech and democracy. Not only pundits but also academics have started to use the term ‘illiberal’ to describe these phenomena, indicating that more research is needed in this field. In this paper the author examines three policy fields in Germany in which these debates are currently played out: 1) the draft law on gender self-ID (Selbstbestimmungsgesetz), 2) inclusive language use, and 3) the emergence of the Network Academic Freedom (Netzwerk Wissenschaftsfreiheit). Germany and concrete political claims in these three fields (sex/gender; language; and scientificity/ cancel culture) represent paradigmatic cases in which crucial terms of liberal democracy are being re-written. The paper explores the theoretical underpinnings of these progressive claims and asks: To what extent, and through which mechanisms, do these theories about power, reality, truth and knowledge contribute to those political practices? This paper is part of a larger research project. Here the author presents the research problem along the three cases, and some preliminary observations.

Eszter Kovats is a political scientist, and a Research Affiliate of the DI. From 2009 to 2019 she was working in the Hungarian office of the German political foundation Friedrich-Ebert-Stiftung. She wrote her PhD about the politicization of the term gender by the German New Right and the Orbán regime in the context of progressive gender trends, and she defended it in the Institute for Political Science at University ELTE, Budapest in 2022. Her book „Genderőrületek Németországban és Magyarországon” (Gender madnesses in Germany and Hungary) was published in September 2022. Her areas of research: anti-gender politics, illiberal Right, illiberal Left.

Dorit Geva is Professor of Sociology and Social Anthropology at CEU, and Research Affiliate at the DI. She completed a PhD in Sociology at New York University. Dr Geva studies far-right politics, the radicalization of conservatism, and the rise of neoliberal authoritarianism and its transformations of the neoliberal state. Her recent publications focus on the gender politics of the far-right in Europe, anti-gender politics in France, the rise of what she calls an “ordonationalist” regime in Hungary, and rightwing transformations of higher education. She also researched the gender politics of military service, neoliberal welfare reform and family politics. Her publications appeared in top-tiered journals such as American Journal of Sociology, International Affairs, and Social Politics.  She continues to study transformations in far-right politics, and the emergence of a post-neoliberal phase of politics and the state.

Andras Szalai is a Research Affiliate at the DI, and Associate Professor at the Department of International Relations and European Studies of Eötvös Loránd University (ELTE). His research at the DI dealt with right-wing populism’s narrative construction of security threats, the symbolic use of borders in mitigating ontological insecurities, and the securitization of migration as a societal control mechanism. His general research interests include securitization theory, constructivist theories of European foreign policy, and epistemic power in security expertise. His work has appeared in outlets such as International Relations, Millennium, and the European Review of International Studies.