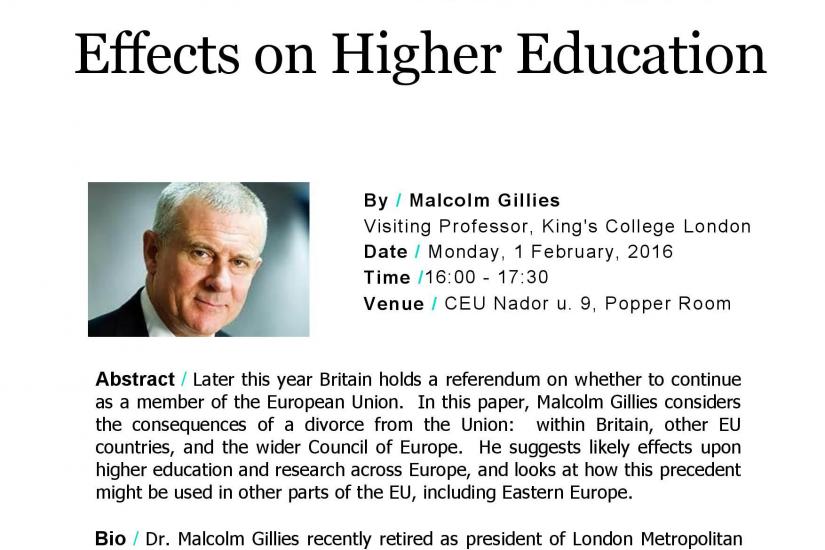 Abstract / Later this year Britain holds a referendum on whether to continue as a member of the European Union.  In this paper, Malcolm Gillies considers the consequences of a divorce from the Union:  within Britain, other EU countries, and the wider Council of Europe.  He suggests likely effects upon higher education and research across Europe, and looks at how this precedent might be used in other parts of the EU, including Eastern Europe.

Bio / Dr. Malcolm Gillies recently retired as president of London Metropolitan University, and Chair of the advocacy body for London's universities, London Higher.  Before that he was president of City University London, and a vice-president of the Australian National University.  A musician and linguist by education, Dr. Gillies was during the 1980s a Hungarian Government Scholar, conducting research within the Institute of Musicology of the Hungarian Academy of Sciences.