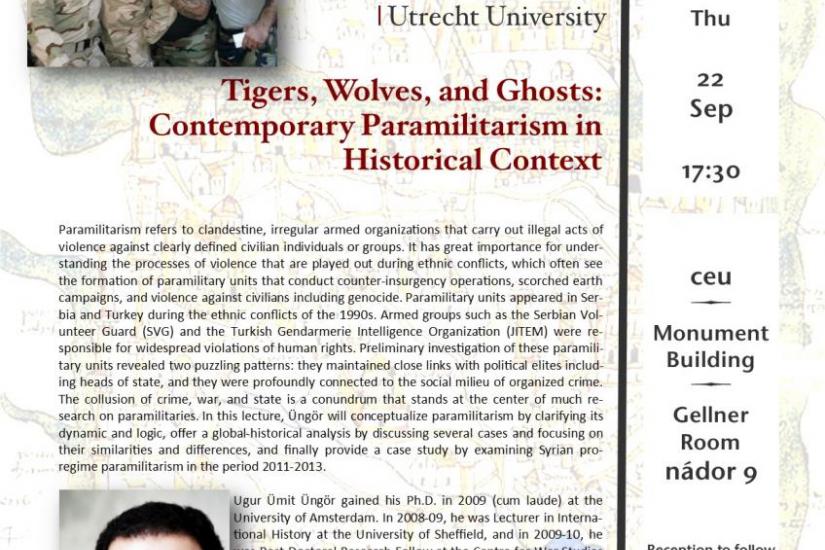 Paramilitarism refers to clandestine, irregular armed organizations that carry out illegal acts of violence against clearly defined civilian individuals or groups. It has great importance for understanding the processes of violence that are played out during ethnic conflicts, which often see the formation of paramilitary units that conduct counter-insurgency operations, scorched earth campaigns, and violence against civilians including genocide. Paramilitary units appeared in Serbia and Turkey during the ethnic conflicts of the 1990s. Armed groups such as the Serbian Volunteer Guard (SVG) and the Turkish Gendarmerie Intelligence Organization (JITEM) were responsible for widespread violations of human rights. Preliminary investigation of these paramilitary units revealed two puzzling patterns: they maintained close links with political elites including heads of state, and they were profoundly connected to the social milieu of organized crime. The collusion of crime, war, and state is a conundrum that stands at the center of much research on paramilitaries. In this lecture, Üngör will conceptualize paramilitarism by clarifying its dynamic and logic, offer a global-historical analysis by discussing several cases and focusing on their similarities and differences, and finally provide a case study by examining Syrian pro-regime paramilitarism in the period 2011-2013.

Ugur Ümit Üngör gained his Ph.D. in 2009 (cum laude) at the University of Amsterdam. In 2008-09, he was Lecturer in International History at the University of Sheffield, and in 2009-10, he was Post-Doctoral Research Fellow at the Centre for War Studies of University College Dublin. Currently he is Associate Professor at the Department of History at Utrecht University and Research Fellow at the Institute for War, Holocaust, and Genocide Studies in Amsterdam. His main areas of interest are state formation and nation formation, with a particular focus on mass violence. His most recent publications include Genocide: New Perspectives on its Causes, Courses and Consequences (Amsterdam University Press, 2016), Confiscation and Destruction: The Young Turk Seizure of Armenian Property (Continuum, 2011) and the award-winning The Making of Modern Turkey: Nation and State in Eastern Anatolia, 1913-1950 (Oxford University Press, 2011).