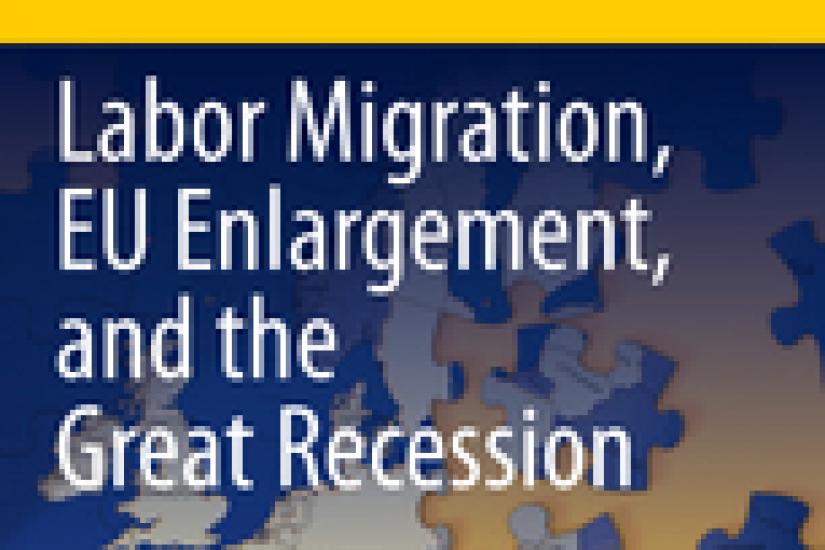 11:45-12:00 The Experiences of a New Emigrant Country: Emerging Migration from Hungary Ágnes Hárs

Martin Kahanec is professor at the Central European University in Budapest. Co-founder and Scientific Director of CELSI, Bratislava. Visiting Research Fellow at Harvard University's Labor and Worklife Program. Affiliated Scholar at Centre for Population, Development and Labour Economics (POP), MERIT, United Nations University, Maastricht, and University of Economics in Bratislava. Visiting Research Fellow and former Deputy Program Director "Migration", leader of the research sub-area EU Enlargement and the Labor Markets and  Deputy Director of Research at the Institute for the Study of Labor (IZA) in Bonn, Germany. Chairperson of the Slovak Economic Association and member of Academia Europea, the European Academy of Humanities, Letters and Sciences. His main research interests are labor and population economics, ethnicity, migration, and reforms in Central Eastern European labor markets. Martin Kahanec has published in peer-reviewed academic journals, contributed chapters in collected volumes including the Oxford Handbook of Economic Inequality (OxfordUP) and the International Handbook on the Economics of Migration (Edward Elgar), and he has edited several scientific book volumes and journal special issues. He is the founding Managing Editor of the IZA Journal of European Labor Studies, included in Scopus in 2016; Associate Editor of the International Journal of Manpower; and former member of the Editorial Board of Transfer: European Review of Labour and Research. Martin Kahanec has held several advisory positions and leading roles in a number of scientific and policy projects with the World Bank, the European Commission, European Parliament, OECD, and other international and national institutions.

Klaus F. Zimmermann is Visiting Faculty of the Economics Department of Princeton University and associated with its Industrial Relations Section. He is further Co–Director of the Center for Population, Development and Labour Economics at UNU – MERIT, Maastricht, Editor-in-Chief of the Journal of Population Economics; Honorary Professor at the Free University of Berlin and at the Renmin University of China, Beijing; Full Professor of Economics at Bonn University (on leave); Member of the Leopoldina, the German National Academy of Sciences, and of the Academia Europaea, the European Academy of Sciences, and Chair of its Section for Economics, Business and Management Sciences; Research Fellow of the Centre for Economic Policy Research; Fellow of the European Economic Association. Among his previous positions have been: Visiting Professor and John F. Kennedy Memorial Policy Fellow at the Center for European Studies, Harvard University; Founding Director of the Institute for the Study of Labor; President of the German Institute for Economic Research; Professorships at University of Pennsylvania, Munich University, Kyoto University and Dartmouth College, among others. He has received the Distinguished John G. Diefenbaker Award 1998 of the Canada Council for the Arts and the Outstanding Contribution Award 2013 of the European Investment Bank. His research covers applied economics, in particular the areas of labor, migration and development. He is committed to the diffusion of research to policy and society, evidence-based policymaking and writes regularly in leading international media and advises governments, the European Commission and the World Bank on labor market and migration issues.

Martin Kahanec and Klaus F. Zimmermann address some of the most controversial topics related to EU migration today in their edited volume Labor Migration, EU Enlargement, and the Great Recession published by Springer earlier this year.  This volume extends and deepens our knowledge about cross-border mobility and its role in an enlarged EU. Its main purpose is to enlighten the growing and yet rather uninformed debate about the role of post-enlargement migration for economic adjustment in the crisis-stricken labor markets of the Eurozone and the EU as a whole. The book addresses the political economy aspects of post-enlargement migration, including its broader political contexts, redistributive impacts, but also nationalization of the enlargement agenda. It also covers the experience of receiving and sending countries with post-enlargement migration and its role during the current crisis. Renowned experts in the field study, whether and how post-enlargement mobility has enabled the EU to absorb asymmetric economic shocks, how it has affected the European welfare systems, and whether it has contributed to the sustainability of the Eurozone. The authors also evaluate brain circulation as a sought-after vehicle of improved allocative efficiency of EU labor markets and propose a policy agenda for mobility in an enlarged EU.