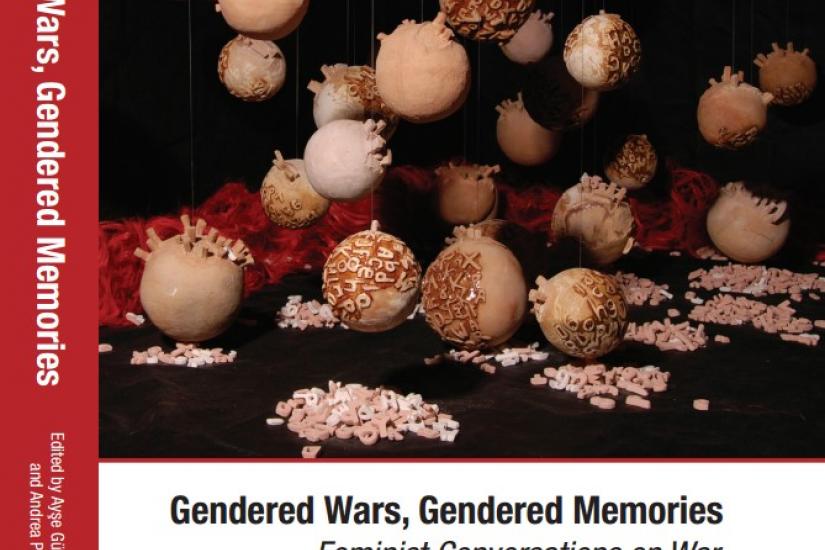 The twentieth century has been a century of wars, genocides, and violent political conflict; a century of militarization and massive destruction. It has simultaneously been a century of feminist creativity and struggle worldwide, witnessing fundamental changes in the conceptions and everyday practices of gender and sexuality. What are some of the connections between these two seemingly disparate characteristics of the past century? And how do collective memories figure into these connections? Exploring the ways in which wars and their memories are gendered, this book contributes to the feminist search for new words and new methods in understanding the intricacies of war and memory. From the Italian and Spanish Civil Wars to military regimes in Turkey and Greece, from the Armenian genocide and the Holocaust to the wars in Abhazia, East Asia, Iraq, Afghanistan, former Yugoslavia, Israel, and Palestine, the chapters in this book address a rare selection of contexts and geographies from a wide range of disciplinary perspectives. In recent years, feminist scholarship has fundamentally changed the ways in which pasts, particularly violent pasts, have been conceptualized and narrated. Discussing the participation of women in war, sexual violence in times of conflict, the use of visual and dramatic representations in memory research, and the creative challenges to research and writing posed by feminist scholarship, Gendered Wars, Gendered Memories will appeal to scholars working at the intersection of military/war, memory, and gender studies, seeking to chart this emerging territory with "feminist curiosity."

Ayşe Gül Altınay (Associate Professor of Cultural Anthropology, Sabancı University) has been exploring the nexus of gender, memory, militarism, and war in Turkey's convoluted past and present. She is the author of The Myth of the Military-Nation: Militarism, Gender and Education (2004) and co-author of Violence Against Women in Turkey: A Nationwide Survey (with Yeşim Arat, 2009). Among her recent works are The Grandchildren: The Hidden Legacy of "Lost" Armenians in Turkey (with Fethiye Çetin, trans. Maureen Freely, 2014). She is associate editor of the European Journal of Women's Studies.

Andrea Pető is a Professor at the Department of Gender Studies at Central European University in Budapest, Hungary and a Doctor of Science of Hungarian Academy of Sciences. She has edited 15 volumes in English, seven volumes in Hungarian, and two in Russian. Her works have appeared in 15 different languages. Her books include: Women in Hungarian Politics 1945-1951 (Columbia University Press/East European Monographs New York, 2003), Geschlecht, Politik und Stalinismus in Ungarn. Eine Biographie von Júlia Rajk. Studien zur Geschichte Ungarns, Bd. 12. (Gabriele Schäfer Verlag, 2007), and, together with Ildikó Barna, Political Justice in Budapest after WWII (Politikai igazságszolgáltatás a II. világháború utáni Budapesten. Gondolat, Budapest, 2012 and 2015 by CEU Press). She is associate editor of the European Journal of Women's Studies. She was awarded the Officer's Cross Order of Merit of the Republic