Farewell to Shulamit: Spatial and Social Diversity in the Song of Songs 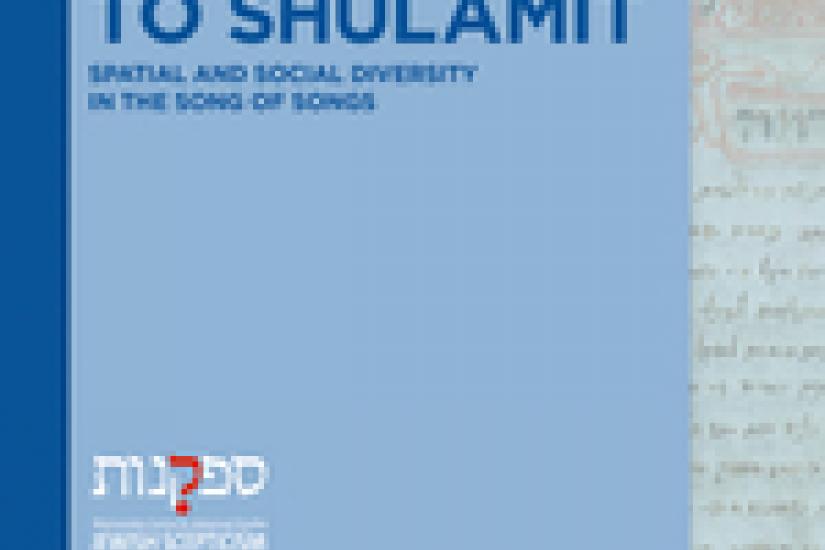 The Center for Religious Studies
In cooperation with the Department of History, the Department of Medieval Studies, the Center for Eastern Mediterranean Studies and the Jewish Studies Programcordially invite you to the book launch for"Farewell to Shulamit: Spatial and Social Diversity in the Song of Songs"by Carsten Wilke Chaired by
Aziz Al-Azmeh
Respondents
Gábor Buzási and Matthias RiedlMonday, May 8, 5:30 pm
Nádor u. 15, Room 101Reception to Follow

About the book: The sequence of Hebrew verse dialogues titled "Solomon's Song of Songs" is the central textual source of the Western discourse on divine love, a staple of Jewish liturgy, and the Old Testament book most commented upon in medieval Christian exegesis after the Psalms. Yet this short text has remained so enigmatic that critics disagree on its very nature: is it a theological allegory, an antique soap opera, or a hodgepodge of erotic folksongs? Undisputed among all interpreters is only the assumption of a central heroine displaying an ideal norm of womanhood. This dominant approach obliges to explain away the cleavages between landscapes, professions, social classes, and human types in the text. Carsten Wilke's new interpretation starts, on the contrary, from the construction of spatial diversity. His reading reveals an artfully discontinuous cycle of courtly, urban, rural, and pastoral scenes. His reading contextualizes the Song by comparing it with the conventions of Hellenistic love poetry, with the ritual symbolism of the Dionysos cult, and with the historical conditions of the multiethnic borderland east of the Jordan.

About the Author: Carsten Wilke is Associate Professor at the Departments of History and Medieval Studies at Central European University. A member of the Jewish Studies Program, he is Director of the Center for Religious Studies. His recent publications include The Marrakesh Dialogues: A Gospel Critique and Jewish Apology from the Spanish Renaissance, Leiden: Brill, 2014; and Modern Jewish Scholarship in Hungary: The "Science of Judaism" between East and West, edited by Tamás Turán and Carsten Wilke, Berlin: De Gruyter, 2016.