The Soviet Invasion and its Aftermath: The Afghan Tragedy 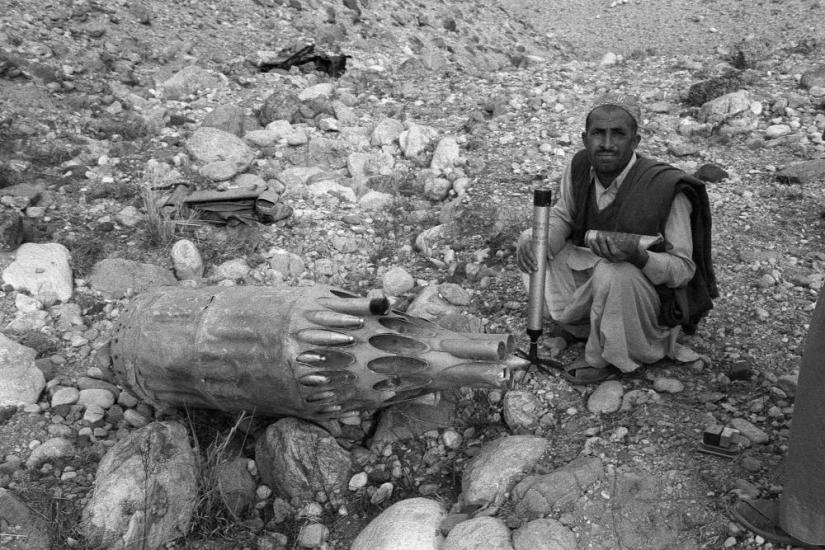 The Soviet Invasion and its Aftermath – the Afghan tragedy.

Almaz Saifutdinov ,the Chairman of the Board of the Open Society Institute Assistance Foundation in Tajikistan

War has devastated much of Afghanistan since the Soviet invasion in 1979. The Vera and Donald Blinken Open Society Archives are opening an exhibit that depicts the war from multiple perspectives, from the story of the Afghan communist movement to the anti-Soviet rebellion. The exhibit ends with the regaining of state sovereignty but the beginning of an even bloodier civil war, international incursion and present-day conflagration with the National Unity government controlling only slightly more than half the national territory. To open the exhibit, the Archives and Open Society Foundations are hosting a roundtable discussion on June 20th at 5pm to put Afghanistan’s history of conflict in a more contemporary context. Three prominent Afghan educators and civil society leaders will reflect on the Soviet invasion from their personal experiences as refugees as well as its consequences for the future of Afghanistan. Additionally, a representative from Tajikistan will speak to the war’s regional repercussions, both past and present.

Orzala Ashraf Nemat is Director of Afghanistan Research and Evaluation Unit and a political ethnographer and a senior teaching fellow at the School of Oriental and African Studies (SOAS), University of London. With more than 16 years of experience in development practice, research, programmatic review, and academia, Dr. Nemat is a dedicated Afghan scholar and leader. Her doctoral thesis on Development Studies from SOAS focused on the role of international interventions in changing local governance relations in post-2001 Afghanistan. She is the founder of Humanitarian Assistance for Women and Children of Afghanistan (1999), was a guest scholar at Cher Michelson Institute (CMI) in Norway, and has worked with several international organisations such as the United Nations Development Fund for Women (UNIFEM), United Nations Development Programme (UNDP), and ICCO (Netherlands). Dr. Nemat has served on the governing boards of various national and international development organisations in Afghanistan and is currently a trustee of Afghanaid (UK). Dr. Nemat’s work is globally recognised by Amnesty International’s Italian Section (2000), and she was a Yale World Fellow (2008) and World Economic Forum Young Global Leader (2009). Her work has been published on different aspects of Afghan women’s lives, and she is currently focusing on publishing chapters of her doctoral thesis in academic journals. Dr. Nemat occasionally writes Op Eds and blogs for The Guardian and Open Democracy, and is a frequent commentator on Afghanistan for the BBC World Service and Al Jazeera English news channels.

Rangina Hamidi, as the founder and president of Kandahar Treasure, the first women’s private social enterprise in Kandahar, Afghanistan, provides life changing economic opportunity for rural Afghan women, giving them a for profit platform for Kandahar’s unique embroidery work. Rangina is also most recently Principle of Al-Mizan private school in Kabul. As one of Kandahar’s leading voices for Afghan women, she has guided the development of groundbreaking networks for women, establishing pioneering women’s gatherings, social programs and activities for all women in Kandahar. Her work in Kandahar began when she returned to the country in 2003. She had escaped her native Afghanistan in 1981, at the age of four, during the Soviet occupation. Rangina moved first to Pakistan and then in 1988, settled in the United States with her family, receiving her education at the University of Virginia. Upon her return to Kandahar she served as manager of the Women’s Income Generation Project with Afghans for Civil Society, a grassroots organization dedicated to the social development of southern Afghanistan. Rangina has been internationally recognized for her work with women. She was selected as one of 18 finalists for the CNN 2007 Hero Award, and chosen as a “Personality of the Week” by Radio Free Europe in January 2008. She has been heard on numerous radio programs including NPR, the BBC and Voice of America and has been quoted in international publications including the TIMES Asia magazine, The Globe and Mail, Der Speigel, Business Week, The Guardian and Telegraph. She has served as a Council Member to US-Afghan Women’s Council since May 2015.

Ghizaal Haress is an assistant professor at the American University of Afghanistan, where she teaches constitutional law. Previously, she worked as the executive director for the Afghanistan Rural Enterprise Development Program, a national priority program for the Ministry of Rural Rehabilitation and Development from 2009 to 2013. She was the executive director for the Free and Fair Election Foundation of Afghanistan during the first presidential elections in 2004, and helped strengthen election observation organizations for the 2005 parliamentary elections. She has also had leading positons in Global Rights Afghanistan and the National Democratic Institute. She has over a decade of experience working in law and development on the ground in Afghanistan in the areas of human rights, governance, economic rights/empowerment, supporting legal professionals, women’s political participation, strengthening political parties and election monitoring. Prof. Haress holds an LLM from the University of London, School of Oriental and African Studies, and an LLM from Kabul University.

Almaz Saifutdinov is the Chairman of the Board of the Open Society Institute Assistance Foundation in Tajikistan. He joined OSIAF Tajikistan in 2012 as an expert of economic development program. Almaz works as the Economic/Commercial Advisor at the United States Embassy in Dushanbe, Tajikistan. He maintains high profile government, public and private sector contacts in Tajikistan, with whom he discusses complex economic and commercial issues. In 2012 Almaz founded Economic News Tajikistan Group - one of the most active Facebook groups in the country. With almost 10 thousand readers the group serves as the primary source of information, news, analytical reports and discussion platform in Tajikistan. Almaz previously worked as the Deputy Head of the Aga Khan Fund for Economic Development in Tajikistan, where he worked on establishment one of the first cell phone operators in Tajikistan, and worked in process of setting up the Pamir Energy public-private partnership, which provides hydroelectric power to most of Tajikistan’s Gorno-Badakhshan Autonomous Region and to bordering regions of Afghanistan.  He started his professional career in 1996, as the Deputy Chief and Small Scale privatization Project supported by USAID and the World Bank. He holds Master’s Degree in Development Administration from Western Michigan University, USA. He publishes (under a pen name) articles on economic, commercial issues.