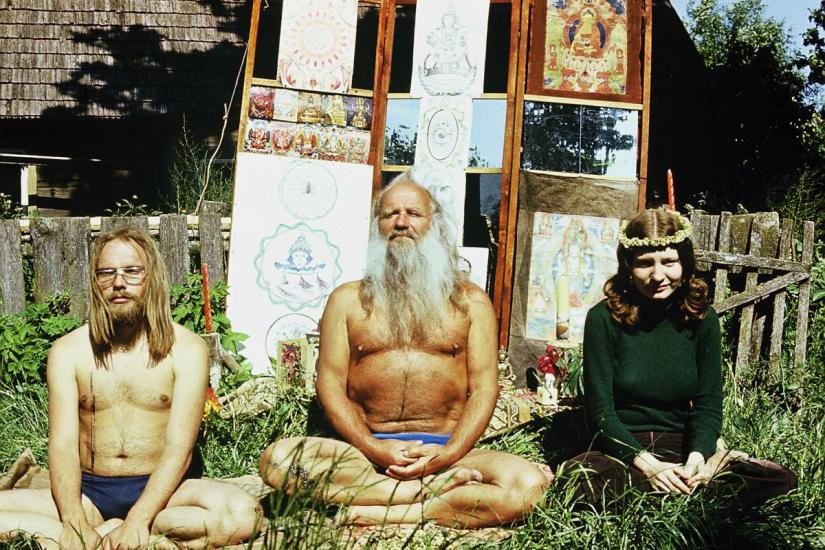 A wild flower power ride on the footprints of the Soviet hippie movement takes you into the psychedelic underground of 1970s. Thrilled by rock music, inspired by the cult of peace and love, the young long-haired drop-outs craved for freedom and created their own System in the Soviet Union despite the strict regime. Years later, a group of eccentric hippies from Estonia take a road journey to Moscow where people still gather annually on the 1st of June for celebrations related to the tragic event of 1971, when thousands of hippies were arrested by the KGB.

The recent rise of authoritarianism, setbacks in the struggles for social justice and the occurrence of wars – also in Ukraine – demands public discussion on the idea of non-violence. The documentary sheds light on the history of the pacifist movement in Russia and Eastern Europe, and proposes an alternative trajectory in global cultural memory, demonstrating the vast creative potential that emerged within the totalitarian regime.

The film raises important points about the workings of power and the politics of ecstasy, tackling the question of freedom and self-fulfillment. Is freedom an outward-looking social quality achieved via means of protest and active engagement? Or is it rather an inward-looking journey, an escapist lonerism, a spiritual path? Soviet hippies struggled for their sense of freedom in many ways, but their active engagement with politics either ended up severly or didn’t change anything for better. In the socio-political landscape of contemporary Russia, these questions reoccur in frightening clarity.

The film screening will be followed by a discussion with the director of the film, Terje Toomistu and co-producer and advisor Juliane Furst, moderated by Oksana Sarkisova.

Juliane Fürst is a social and cultural historian of the Soviet Union with a particular interest in late socialism, counterculture, youth and dissidence. She is involved in a variety of projects that investigate and document late socialist life, including a new edition of the Cambridge History of Communism, for which she co-edited volume III jointly with Silvio Pons and Mark Selden. Currently she is in the process of finishing a monograph on the Soviet hippie movement titled Flowers through Concrete: Explorations in the Soviet Hippieland, which is scheduled to appear with Oxford University Press in 2018.

The event is organized in cooperation with the Estonian Institute.