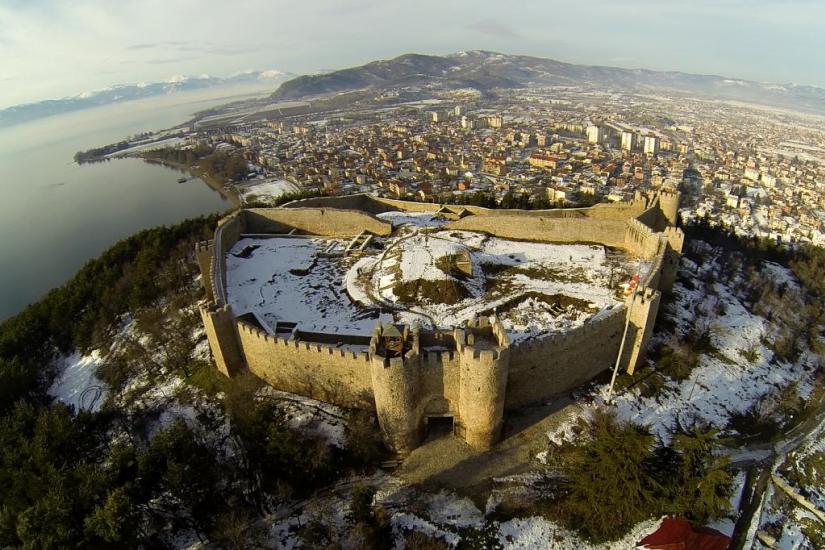 Medieval Bulgaria is an interesting example of how the spatial organization of power structures can change in the course of centuries. The First Bulgarian Empire, which was established in 681, had its first political center or centers most probably near the mouth of the Danube river. Probably at the beginning of the 9th century the town of Pliska, near today’s city of Shoumen in Northeastern Bulgaria, became one of the residences or maybe even the main residence of the Bulgarian khan. Most scholars assume that in 893 the capital was moved to the nearby town of Preslav at the Golyama Kamchiya River. While this move is not confirmed by the available sources, Preslav was certainly Bulgaria’s administrative and political center during the 10th century. After the conquest of Northern Bulgaria by the Byzantines in 971, the Bulgarian Empire recovered around a new center in today’s FYR Macedonia, Northern Greece, and Southwestern Bulgaria, where the towns of Prespa and Ohrid became the residences of the Empire of Tsar Samuil and his followers. In 1018, after a long period of constant wars, the Byzantine emperor Basil II conquered the remaining parts of Bulgaria and incorporated them into the Byzantine Empire. Bulgaria’s revival at the end of the 12th century emerged again in a different region, around the later capital Veliko Tărnovo that is situated near the northern slopes of the Balkan Mountains.

Daniel Ziemann is Associate Professor at the Department of Medieval Studies at CEU. He is a medieval historian and received his PhD in History from the Johann Wolfgang Goethe-University in Frankfurt on the Main in 2002. Prior to his appointment at CEU in 2009, he taught at the University of Cologne.
He researches the political and legal history of the early and high Middle Ages with a special focus on Southeastern Europe and the Frankish and Holy Roman Empire. He is interested in processes of “ethnogenesis” and the mechanisms of political communication. In 2007 he published a book entitled Vom Wandervolk zur Großmacht. Die Genese Bulgariens im frühen Mittelalter 7.-9. Jh. [From a migrating people to a great power. The emergence of Bulgaria in the Early Middle Ages, 7th- 9th century A.D.] He has published several articles on medieval Bulgaria, early medieval Canon Law, and Salian and Staufer Germany.