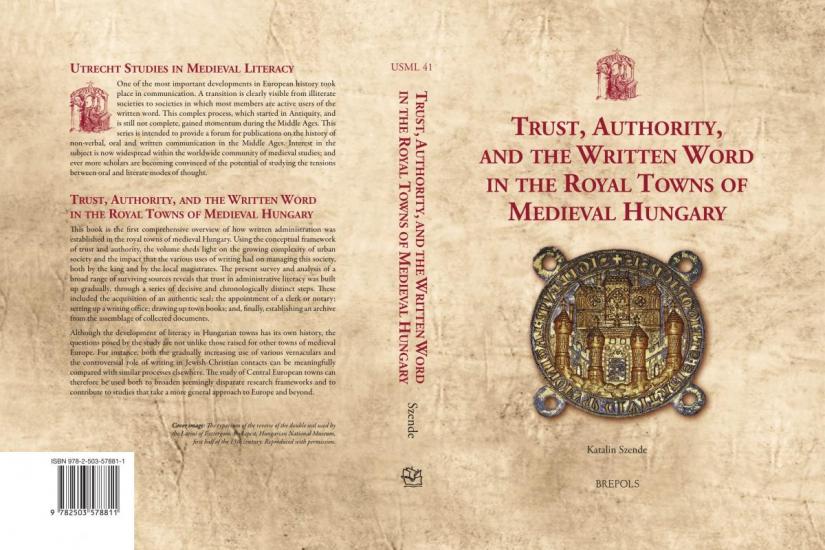 On the occasion of the publication of Katalin Szende’s magisterial Trust, Authority, and the Written Word in the Royal Towns of Medieval Hungary, let us consider how we think about cities and the civic spheres created in them.  Trust and Authority explores how trust was fostered in cities, so often through agreement on the forms and validity of shared written documents. Trust lay at the heart of the emergence of communes around 1100, as strangers gathered to create safe spaces for trade and manufacture, and sealed the promise of trust with an oath. And as urban centres grew, they attracted newcomers  - townspeople were obliged to decide whether these could be trusted too. In this talk we shall explore the terms devised by town councils in treating those newcomers – forinseci, alieni, forenses, extranei. We will observe the conditions they attached to residence and the path to citizenship. Those cities which gained a great deal of autonomy – in the Low countries, of north and central Italy - began to legislate and enforced rules on trade, justice, management of space and resources, and on the treatment of newcomers and strangers, too. These statutes tell us a great deal about how trust was understood, risk taken and managed, about what townspeople thought of the process by which stranger became neighbour. This is a picture of controlled openness to newcomers and acceptance of new citizens, and it took place in a period of unprecedented growth between 1100 and 1300 in many European regions.

When Europe’s fortunes changed in the fourteenth century, and as in some regions cities became depopulated and disease-ridden for decades, this picture changed. Trust in cities and by cities was rethought, producing new techniques for social scrutiny,  of control and discipline over the urban social body.

Miri Rubin is Professor of Medieval and Early Modern History in the School of History at Queen Mary University of London. Educated in Jerusalem and Cambridge, she is an historian of religious cultures and social relations in Europe in the long later medieval period. Miri Rubin has explored the ideas, practices and images of religious life, which are always affected by ideas about gender, which underpin identities, which form the basis for community building, as well as exclusion. Hence book Charity and Community (1987) studied the ways religious teachings affected the provision of charity in English medieval cities; Corpus Christi (1991) explored the Mass and the culture of the eucharist; Gentile Tales (1999) traced the birth of an anti-Jewish narrative in medieval Europe; Mother of God told the history of devotion to the Virgin Mary; she has recently translated and edited the earliest known child murder accusation against Jews. She is about to finish a short book on Strangers in the Medieval City (2018).

Over the decades Miri Rubin has been a great admirer of CEU medievalists and takes pride in being considered a friend of the institution.