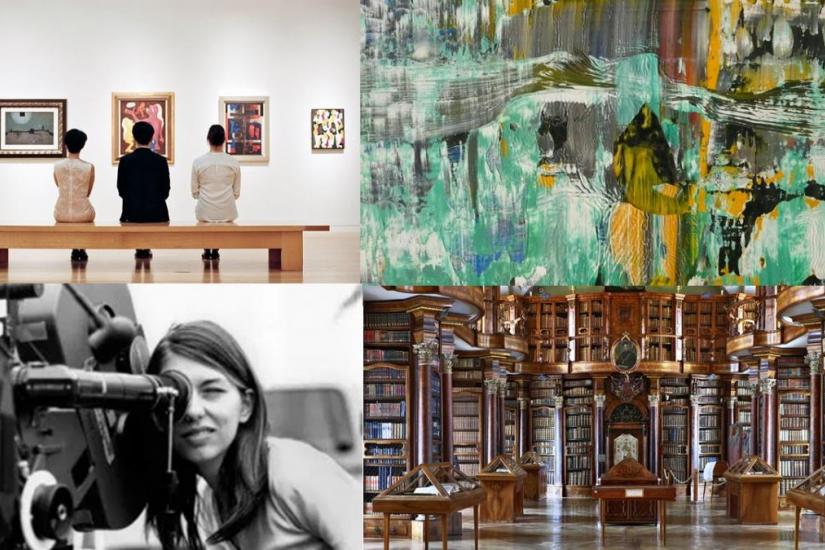 Join us for a panel discussion about pursuing a career in the field of arts and culture. You will hear from several professionals currently working in a variety of fields and positions within the arts and culture sector, such as museums, film and graphic design. Our speakers will share information about their own career paths and provide advice for CEU students interested in this career area. Below you will find more information about the panelists.

Polina Georgescu is a cinematographer and a multi-disciplinary documentary filmmaker based in Budapest. She began her career as a development policy consultant and then in 2014 decided to combine her passion for visual arts with her experience in international public policy and research, and shifted into documentary filmmaking, telling complex stories to a wide range of audiences, focusing on topics such as education, healthcare, minority issues, environmental issues, community development and activism. She has created films and video content for a variety of international clients (World Bank Group, OXFAM IBIS, Roma Education Fund) and produced documentaries for broadcast as well.

Zsuzsanna D'Albini (MEDS '13) has been working in Budapest-based museums for more than six years. She recently started a new position as a project manager in the Department of Documentation and Digitalization at Museum of Ethnography. She previously worked as an exhibition coordinator at the Hungarian Museum of Science, Technology and Transportation and spent five years as an exhibition registrar for the Hungarian National Gallery and Museum of Fine Arts, where she was responsible for incoming loans for exhibitions.  Zsuzsanna is also an alumna of CEU's MA Medieval Studies program (2013).

Ákos Polgárdi (PHIL '11) is a freelance graphic designer & art director, as well as one half of the creative collaboration SUBMACHINE, based in Budapest. He specializes in editorial design, typography, branding and architectural graphics, and has a keen interest in both traditional and digital media. He has been involved in projects such as the signage system of Margaret Island, a WW2 memorial at ELTE university and the Hungarian pavilion of last year’s Leipzig Book Fair. Ákos is also an alumnus of CEU’s MA Philosophy program (2011).