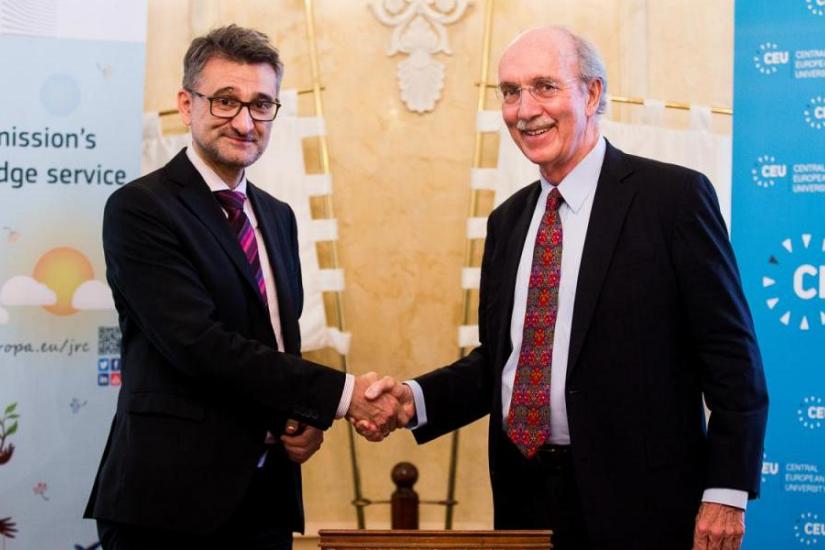 The relationship between science, policy and society is not straightforward, nor linear. This has been further complicated by the current post-fact debate and loss of authority of institutions and expertise. Research from the cognitive and decision sciences has exposed the complexity of the relationship between facts, values, emotions, perceptions and decisions. Motivated reasoning, confirmation bias, the backfire effect, wilful blindness and cognitive dissonance are becoming more widely understood as natural phenomena that have a profound influence on how facts and evidence are used in decision-making and politics.

So how can we restore trust in science and expertise? How can we make policy-making innovative, inclusive and evidence-informed? How to design a functioning model of relationship between scientists, policy-makers and citizens?

The talk will cover possible solutions: from building communities of knowledge where researchers and policymakers work and co-create together to solve policy challenges; to re-thinking the evidence-policy process using behavioural and cognitive sciences, policy labs, "red-teaming", de-bunking techniques, using narratives, impact assessment etc. The objective is to search for new ideas on how evidence and data can be effectively balanced with values and emotions when policy decisions are taken.

Vladimir Šucha works currently as education, science and innovation expert at the Progressive Institute in Bratislava. From 2012 until October 2019 he was director general of the Science and Knowledge Service (Joint Research Centre) of the European Commission. He spent 6 years in the position of director in the Directorate-General for Education and Culture of the European Commission. Before joining the European Commission, he held various positions in the area of European and international affairs. Between 2005 and 2006, he was director of the Slovak Research and Development Agency, national body responsible for funding research. He was principal advisor for European affairs to the minister of education of the Slovak Republic (2004-2005). He worked at the Slovak Representation to the EU in Brussels as research, education and culture counselor (2000-2004).  In parallel, he has followed a long-term academic and research career, being a full professor in Slovakia and visiting professor/scientist at different academic institutions in many countries. He published more than 100 scientific papers in peer reviewed journals.