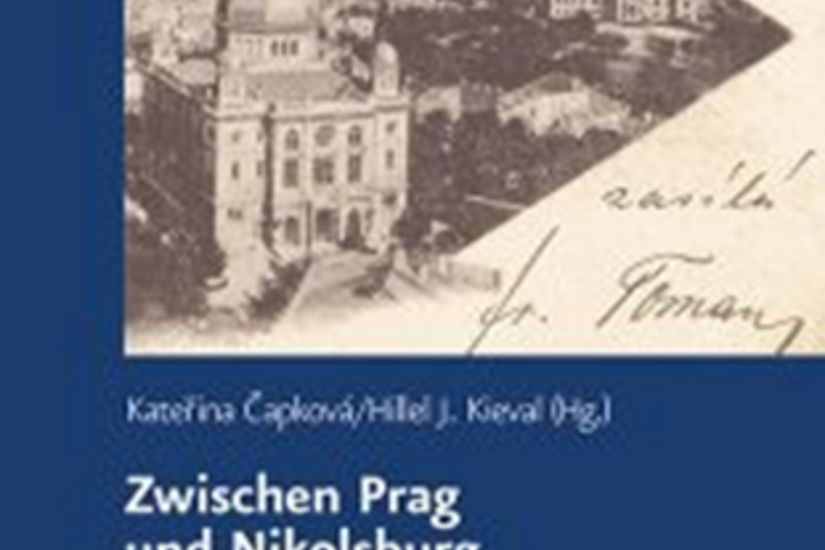 Kafka. The Golem. Jewish Prague.  For many, this is what comes to mind when they think about the Jewish past in Bohemia and Moravia.  One often forgets that Jewish life flourished from the Middle Ages until the 20th Century, not only in Prague, but also in hundreds of dispersed towns and villages on the territory of today’s Czech Republic.  With this in mind, a team of nine scholars gathered over the course of three years to write a comprehensive history of Jewish cultural, religious, social and political life in the Bohemian Lands from the Early Modern Period until the present. The chapters focus on interactions and exchanges between Jews and their neighbors, with special attention to the broader regional context.  As the books shows, the Jewish experience in the Bohemian Lands was an integral part of the larger developments in Central Europe.

Michal Frankl is a senior researcher at the Masaryk Institute and Archives of the Czech Academy of Sciences.  He has published widely on the history of antisemitism and refugees in the Bohemian Lands. He was awarded a European Research Council (ERC) grant for a project on refugees in East-Central Europe in the 20th century.

Michael L. Miller is associate professor in the Nationalism Studies Program at Central European University.  He is the author of Rabbis and Revolution: The Jews of Moravia in the Age of Emancipation (Stanford, 2011) and other works on Jewish and Habsburg history in Central Europe.

Agnes Kelemen is a research fellow in the ERC Consolidator grant "UnRef: Unlikely refuge? Refugees and citizens in East-Central Europe in the 20th Century" at the Masaryk Institute and Archives of the Czech Academy of Sciences in Prague. She earned her Ph.D. in comparative history with a specialization in Jewish Studies at CEU a few months ago.

In case you have questions, please contact Lilla Kukor at kukorl@ceu.edu. The event will be followed by a reception.