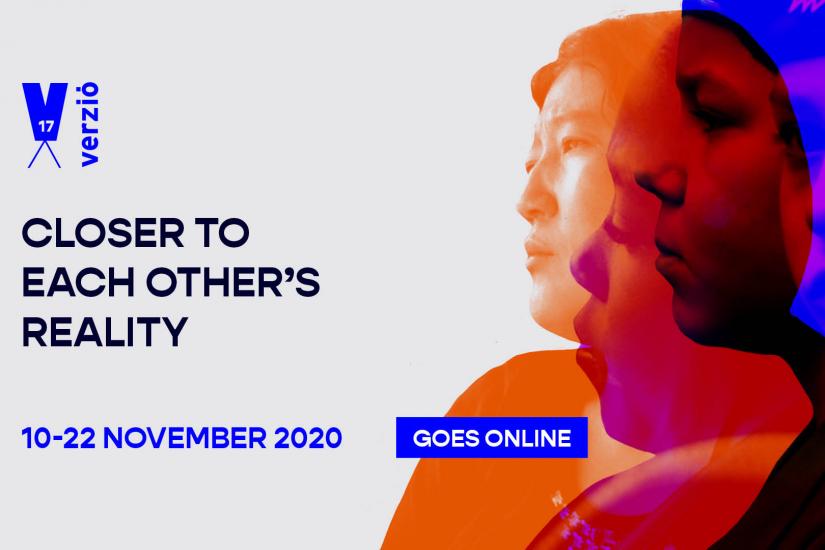 This year, Verzió is moving online! Hungary’s only human rights documentary film festival will be available nationwide, 10–22 November. Fifty of the most enthralling and hottest international and Hungarian human rights documentary films will be available directly in your home, starting with the opening film, 76 Days, which provides an account of the early days of the COVID pandemic in Wuhan, China. The films are going to be available for almost two weeks.

Closer to each other’s reality.

Our digital evolution can easily isolate us from one another. The motto of this year’s Verzió International Human Rights Documentary Film Festival, Closer to each other’s reality, emphasizes, how seeing other people’s lives as they show them is vital to discovering and understanding each other’s reality. The objective of Verzió hasn’t really changed since it was founded by the Blinken OSA Archives in 2004; we aim to show new perspectives through the year’s top documentary films to help us accept and comprehend each other’s lives as reality.

Oxana Sarkisova, the festival director, summed up the decision to go online: “2020 will be remembered as a year of global distress and profound transformations. It is also a year of experiments and new practices. In 2020, recognizing the risks the pandemic poses to audiences, Verzió will take place fully online. But despite these risks and health hazards, documentary filmmakers have plunged into the world and remain on the frontline, collecting testimonies on the changes and challenges we as humankind are going through. Despite all the barriers, we continue to look for ways to stay connected and informed — ready to be exposed to each other’s pains and joys.”

This year’s opening film, 76 Days, offers a lasting imprint of our current pandemic for generations to come, and an outstanding example of the reflective abilities of documentary films. Directors Hao Wu, Weixi Chen and Anonymous, offer a raw and disturbing insight into the early days of the outbreak in Wuhan, China. This rough, yet intimate production, captures the struggle of patients and frontline healthcare workers against COVID-19. The film premiered in Europe only two weeks ago, and Verzió will be the first to screen it in Hungary.

As in years past, Verzió will include an International, Student & Debut Film and Hungarian Competition. Furthermore, the festival will focus on three main themes: the Anthropocene, In the Name of Justice, and Archive of the Planet.

The films in the Anthropocene section explore human impacts on the environment and the ecological dimension of human rights through the key topics of illegal logging, industrial deforestation, access to water and unique ways of living in harmony with nature.
In the Name of Justice presents social justice, a variety of legal systems, and advocacy through documentary films. Press freedom, divorce laws, corruption investigations and the struggle against systemic apartheid are equally represented in this section.
Archive of the Planet is a selection of self-reflexive documentaries that unfold the testimonial authority of photography and archival footage—showing us what we can learn about the world through live streaming, obsolete VHS tapes, newspaper illustrations and the private photographic archives of Holocaust survivors.

For nearly two weeks, via the festival’s website, our virtual visitors can access the entire film program as well as audience meetings, round table discussions and other Verzió programs. Viewers can purchase tickets for one or more films, and free screenings will also be available. In addition, the audience will have the opportunity to vote for their favorite films, and one will be selected for the audience prize. The 17th Verzió prize for the Best Human Rights Documentary Film will be awarded by the Student Jury. For more information concerning participating, please read our Call.

The list of movies to be screened online is available here.