Master Class on ''Toward sonic ethnography?'' with Ernst Karel 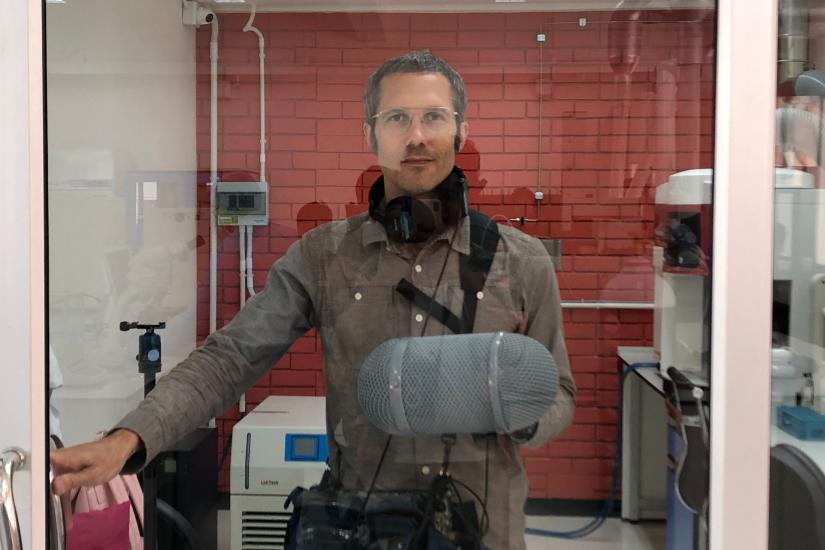 The Visual Studies Platform (VSP) and the Vienna ​Visual Anthropology Lab (VVAL) of the University of Vienna invite you to a Master Class on Toward sonic ethnography? by Dr. Ernst Karel.

The session is part of a series of online master classes on "New media practices for social research".

In this session Dr. Ernst Karel will present and discuss his work in the area of reality-based audio, including his recent filmic collaboration with Veronika Kusumaryati, Expedition Content, composed from the audio archives of the 1961 ‘Harvard Peabody Expedition to Netherlands New Guinea,’ which is available for registered participants to screen beforehand. The session will address the possibility that there may be ways of engaging with other beings through audio recording and composition that could be described as ‘sonic ethnography’.

Dr. Ernst Karel’s audio work includes location recording, composing, live performance, and sound design. Through the Sensory Ethnography Lab at Harvard, where he is currently Visiting Lecturer in the Departments of Anthropology and Art, Film, and Visual Studies, he developed and teaches a practice-based course called ‘Sonic Ethnography’ where student audio projects address the course title as a question or proposition, a version of which he also taught in 2019 as a visiting fellow in the Center for Experimental Ethnography at the University of Pennsylvania. He has worked with filmmakers Anocha Suwichakornpong, Elizabeth Lo, Brett Story, Trương Minh Quỳ, Lucien Castaing-Taylor and Véréna Paravel, and others. Expedition Content, an augmented sound work for cinema made in collaboration with Veronika Kusumaryati, composed from the audio archives of the so-called ‘Harvard Peabody Expedition to Netherlands New Guinea’ from 1961, had its world premiere in the 2020 Berlinale Forum Expanded, and its North American premiere in Art of the Real, Film at Lincoln Center, NY.