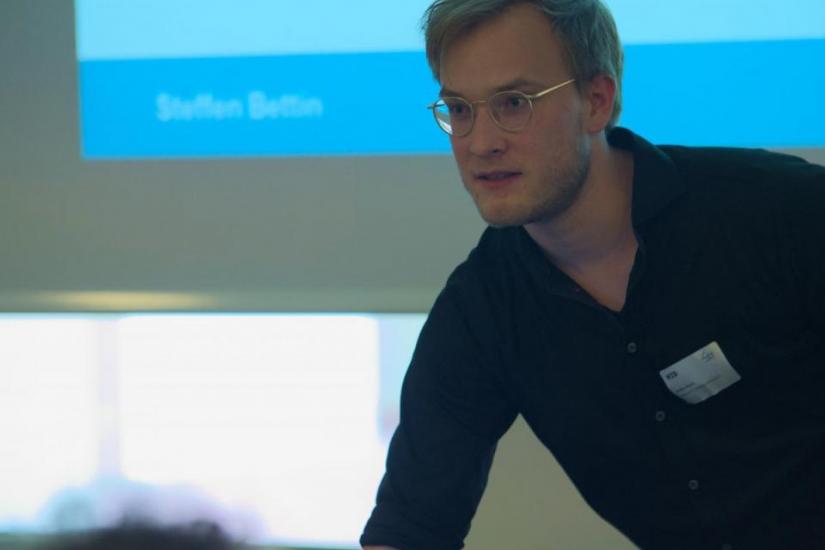 You are cordially invited to the Doctoral Defense of Steffen S. Bettin

This thesis set out to find influencing factors on the dynamics of stationary battery storage systems’ diffusion and development direction. It entails an intensive literature review, a brief technical review on stationary battery storage, a qualitative country case study of the development and diffusion of all kinds of battery energy storage technologies in Austria, and a similar country case study in Germany. This thesis used a theoretical framework based on the technological innovation system (TIS), and policy mix (PM) approaches to identify development phases. In addition, it included a quantitative large-N chapter on the diffusion of large-scale battery storage (LSBS) in high-income countries. Therefore, it had a narrower object focus but covered more countries. In this thesis, three sub-research questions were examined more intensively around the topics of (1) context structures, (2) legitimation, and (3) policy. This section briefly summarizes the central aspects of these results.

One contribution of this thesis is to the understanding of the role of legitimation in the development direction of TISs. In particular, it showed how context structures could be indirectly relevant for legitimation by using salience issues and discourses as anchor points for legitimation attempts. Moreover, this thesis also adds to the areas of energy and innovation economics, particularly in the field of diffusion of technological innovation. It is unique in its approach by investigating the actual diffusion of large stationary battery storage projects. Applying a previously unused data set with data on new large-scale battery storage projects in high-income countries and using a Bass-model-based fixed-effect panel regression approach, the findings on the relationship between salient green issues and the diffusion rate of large-scale storage are unique. Also, this thesis includes a methodological discussion of the compatibility of ontological and epistemological foundations from critical realism in connection with the TIS approach. Thus, the comparisons drawn here may serve as a point of reference for further methodological work. Another academic contribution is the theoretical conceptualization of potential extensions for the TIS approach. This was done by proposing to add spatial factors such as physical nature as a fifth element. In addition, it argues for considering the impact of the broader capitalist relations in future TIS analyses. Moreover, it suggested connecting the social acceptance literature with the market function of the TIS literature.

Steffen S. Bettin was recently awarded the Review of Evolutionary Economics 2020/2021 Best-Paper Award (REPE) from the European Association for Evolutionary Political Economy for the article: Electricity infrastructure and innovation in the next phase of energy transition—amendments to the technology innovation system framework which appeared in the REPE Vol.1, No 3 Special Issue: Work, Environment and Planetary-scale Computation in Political-Economic Evolution, guest-edited by K. Gruszka, M. Scholz-Waeckerle, and E. Aigner.