Lilly Stammler (Sofia University): The "Life of Andrew the Fool" and Some 14th-Century Literary Collections on the Balkans 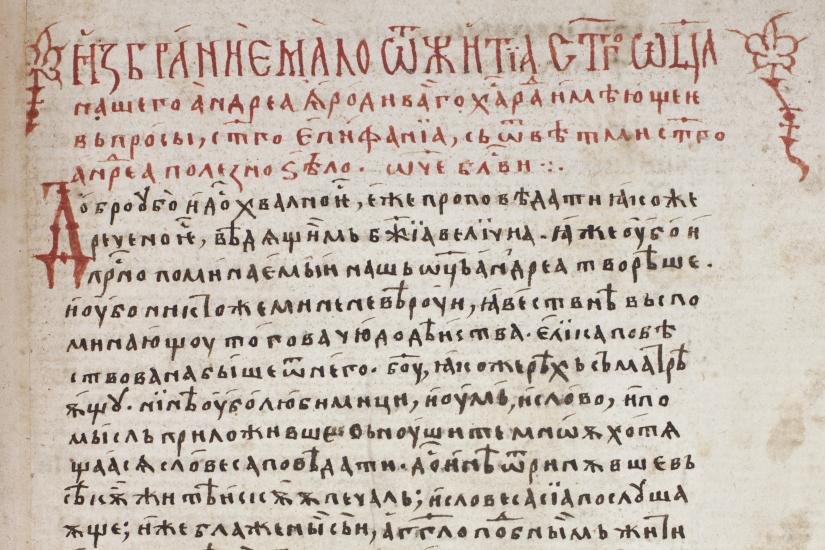 The Palaiologan period witnessed a notable flourishing of Byzantine hagiography, as new works appeared, while older ones came back in vogue or were rewritten and refashioned. The Life of Andrew the Fool for Christ’s Sake (BHG 115z) in particular, originally written most likely in the tenth century, seems to have rekindled the interest of the Byzantines with ease and was tirelessly copied and remodeled. The trend caught the attention of the Orthodox Slavs and a few translations of the Life appeared in medieval Bulgaria. While the extended Life of Andrew the Fool initially was copied as a self-standing codex, or in strictly hagiographic collections, other variants of the text are found in florilegia, which included very different compositions. This lecture will focus on the origins and contents of these collections, which are often characterized by their own internal logic, reflecting the personal preferences of the literati who commissioned or compiled them. It will explore the possibility that certain patterns might be at work, shaped by a specific literary and cultural context.

For non-CEU community members, in-person attendance of the lecture is linked to registration. Registration deadline: November 8.