Careers in Journalism and Media 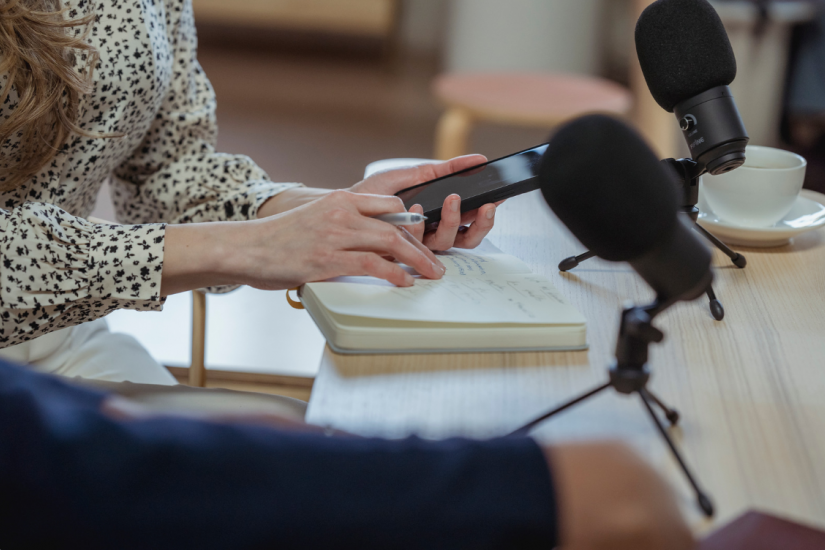 Are you curious about working in journalism and media, and wondering how to break into the field? Journalists and media professionals work in an endless variety of roles, organizations, and industries. The paths they pursue reflect the diversity of their academic backgrounds, personal values, and career interests.

Luisa von Richthofen (HIST '17) is a French-German journalist with Deutsche Welle. She studied European Politics at Sciences Po in France before completing her Master's in Comparative History at CEU in 2017. Since then she's been working for Deutsche Welle, the German international broadcaster, first as a trainee, then as a reporter for DW's politics desk. Working in journalism has not been so distant from the historian's research practice. From understanding the context of the war in Ukraine for instance to handling sources with the necessary critical distance: learnings from her time at CEU are always at the back of her mind.

Florin Zubascu (POLS '13) is Europe Editor at Science|Business, where he leads news coverage on research and innovation policy in Europe. He is covering EU R&D policy, the Horizon Europe programme, Europe’s innovation divide and R&D policy reforms in central and eastern Europe. He managed the Science|Business newsletters since 2014 and, in 2017, he helped implement a complete redesign of www.sciencebusiness.net. Previously, Florin worked as a political science researcher and web producer for various organisations and think-tanks in Romania and Hungary. During his time as a Political Science student at CEU, he served as the editor-in-chief of The CEU Weekly.

Monir Ghaedi's (SOCI '18) passion for journalism can be traced back to 2015 when she traveled across the Middle East and reported feature stories as a freelancer. Her articles have since then appeared on El País, Al Jazeera, Il Manifesto, Internazionale, NZZ, die Taz, and over 30 more online and print outlets worldwide. She is currently working as a reporter and editor with Deutsche Welle (DW). She regularly writes for the DW homepage. As an engagement editor, she specializes in trends monitoring and expanding DW's content reach.

This event is intended for CEU students and alumni.

This event will be held on campus in Vienna. Please register in advance. You will have an opportunity to indicate if you are not able to attend in person so that we can send you details for joining remotely.