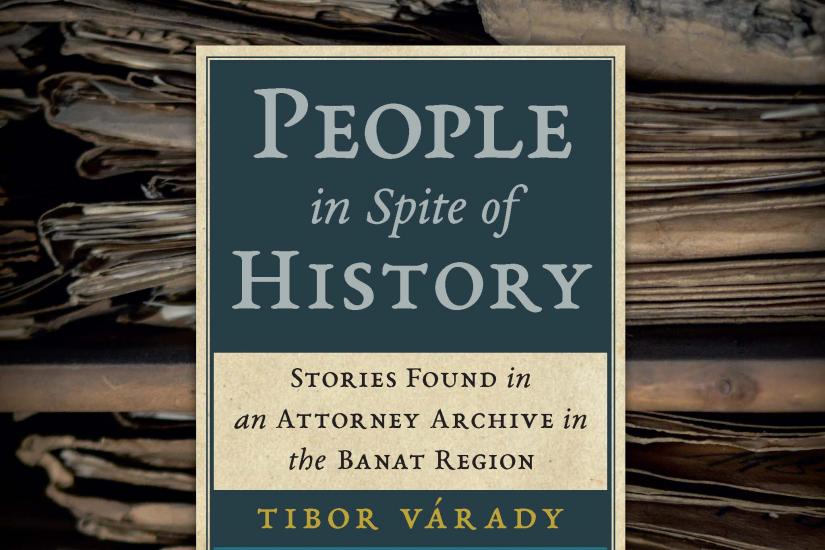 People in Spite of History: Stories Found in an Attorney Archive in the Banat Region

or join on-line at Zoom link:

The event will be recorded.

“The Várady firm’s files are a treasure trove of information about life in the Banat region for almost a century and a quarter. The details in the files provide a window into the lives of ordinary people who lived their lives as best they could while the world around them was in convulsions with wars, revolutions, persecutions, and changes in identity even though the town did not move and is today touted by the most recent political powers as a ‘multicultural capital of the future,’ a title that may more properly describe the town’s nineteenth-century reality before all the turmoil of the twentieth century.” – Howard Owen Hunter, Professor of Law Emeritus and Former Dean, Emory Law School

Tibor Várady is an internationally-recognized legal scholar. He received his basic law degree in Belgrade, and his S.J.D. at Harvard Law School. After graduation in Belgrade he started working in his family law firm in Becskerek (today Zrenjanin). The archive of this law firm is in the center of this book. After teaching in Novi Sad (Yugoslavia) for nearly 30 years, he became professor at the Legal Studies Department of the Central European University in Budapest. Parallel with teaching in Novi Sad and in Budapest, he taught one semester during more than twenty academic years at US universities (Berkeley, Cornell, Emory, University of Florida). He has about 300 scholarly publications written in five languages. He has been acting as agent, counsel and advocate in eleven cases before the International Court of Justice.

Since 2012 he is Professor Emeritus at Emory University, and since 2015 he is Professor Emeritus at the Central European University. He is a member of the Serbian Academy of Sciences and Arts. Parallel with his scholarly work he was editor of several literary journals and published prose works and essays in several languages. He also published fourteen literary books, including seven books of documentary prose based on the family legal archive. Seven of his books appeared in Hungarian, five in Serbian, one in English and one in German. He received three literary prizes for his books.