The Hyper-Resistant Corruption: How To Fight It in New Central-East European Democracies? 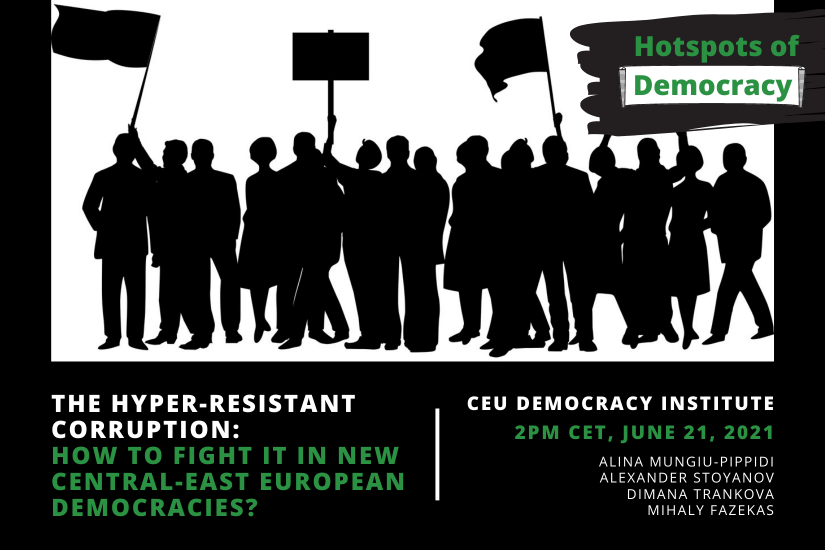 Romania and Bulgaria, EU member states for nearly 15 years, have gone through wide-ranging transformations and became considerably richer in the last years. Still, few would argue that the pervasiveness of corruption fundamentally changed. At the same time, they established and retained democratic norms resisting, the backsliding on par with Hungary or Poland.

The participants of the next discussion in the Hotspots of Democracy series by the CEU Democracy Institute will explore these questions: How can democracy serve voters rather than elites when corruption is systemic? How can we build and maintain democratic institutions in the face of opposition from corrupt elites? Does the renewed interest in the region from the US and the focus on the corruption – security nexus present a new opportunity for anticorruption in the region? Does the increasingly pronounced impact of autocracies such as Russia and China in the region make anti-corruption harder? 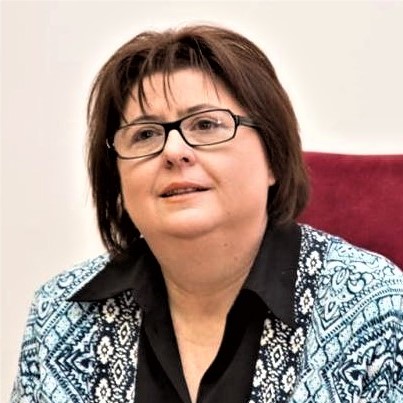 Alina Mungiu-Pippidi is Professor of Democracy Studies at the Hertie School in Berlin and Director of the European Research Centre for Anti-Corruption and State-Building - ERCAS (againstcorruption.eu). She is the author of A Quest for Good Governance. How Societies Build Control of Corruption (2015) and of Europe’s Burden. Promoting Good Governance across Borders (2019), both with Cambridge University Press. Mungiu-Pippidi has consulted for the World Bank, UNDP, the International Monetary Fund, the European Parliament, the Swedish Government, and others. Her research projects have resulted in commons like integrity-index.org, europam.eu, and opentender.eu. She is also the President of the Romanian Academic Society - SAR and founder of the social media watchdog platform Clean Romania!.

Alexander Stoyanov is currently senior fellow at CSD and Director of Vitosha Research. Since 1991 worked on a number of social and market research projects in the fields of social and economic behaviour, social justice, corruption, crime and grey economy monitoring and anticorruption policy assessment supported by the EC, UNDP, the World Bank and USAID. He has designed and managed more than 300 quantitative and qualitative international, national and regional surveys (social, marketing, and opinion research). Dr. Stoyanov also works as Associate Professor at the Department of Economic Sociology at the University of National and World Economy in Sofia.

Dimana Trankova is an archaeologist by education and a journalist by vocation. She is an editor at the English-language magazine Vagabond, where she writes travel and local culture features. She is also the co-author of non-fictional books in English on Bulgaria's historical and ethnic heritage, the latest ones being A Guide to Communist Bulgaria (2020) and A Guide to Jewish Bulgaria (2021). Her novels, The Smile of the Dog (2014) and The Empty Cave (2017), have been published in France and are about the amalgamation of corruption, nationalism and politics in Bulgaria, and its consequences.

Mihály Fazekas is Assistant Professor at the CEU School of Public Policy, with a focus on using Big Data methods to understand the quality of government globally. He is also the scientific director of an innovative think-tank, the Government Transparency Institute. He has a PhD from the University of Cambridge where he pioneered Big Data methods to measure and understand high-level corruption in Central- and Eastern Europe. He also serves as a co-Principal Investigator on the DFID funded research project looking at anti-corruption in development aid funded procurement. He regularly consults the European Commission, Council of Europe, EBRD, OECD, World Bank, and range of national governments and NGOs across the globe. He led a team of FCDO UK, GTI, and IMF which won the 1st prize at the IMF Anti-Corruption Challenge for measuring corruption and its costs globally.