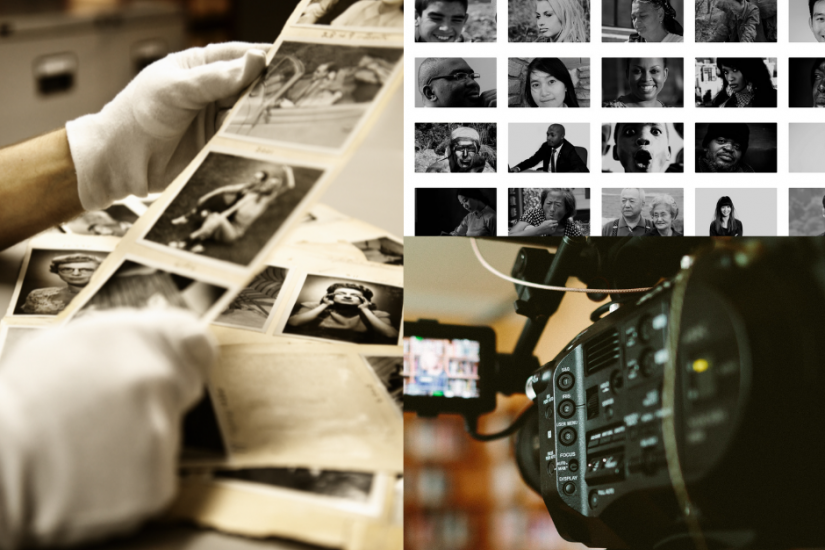 Are you curious about careers in the field of arts and culture? In this online panel discussion, several professionals currently working in a variety of fields and positions will share information about their own career paths and provide advice for CEU students interested in the arts and culture sector. Their backgrounds include independent cinematography and documentary film-making, art magazine editing and curating, archiving, and research.

Panelist bios will be added as confirmations are received.

Polina Georgescu is a cinematographer and a documentary filmmaker based in Berlin. Her work covers a range of social issues as well as the arts, sometimes authored and sometimes commissioned by clients from private and international NGO sector. By way of example, her last 3 projects were a music video for an electronic music producer in Berlin, a film portrait of a human rights lawyer in Athens for the Dutch and Hungarian Helsinki Committees, and a film portrait of a sculptor exhibiting at the CODA Museum in the Netherlands. She is currently working on an authored feature documentary telling the story of a migrant family in the business of repatriating deceased migrants back home to Ukraine. Her educational background is in the social sciences (BA Economics, MA Political Sciences). Before venturing into film, she spent 5 years working in international development in Eastern Europe and the Balkans, as well as 2 years at CEU, helping to set up the School of Public Policy between 2013 and 2015.

Emese Mucsi graduated with a BA in Contemporary Art Theory from the Faculty of Contemporary Art Theory and Curatorial Studies at the Hungarian University of Fine Arts in 2013, and from the Faculty of Hungarian Literature and Linguistics at the University of Szeged with an MA in Literature with an additional teacher qualification in 2017. Her art critiques, essays, and interviews have been published in various Hungarian and international art journals since 2011. Emese was a senior member of the Szövetség39 Hybrid Design between 2012-2014. Since 2013, she has been involved in organizing contemporary art exhibitions as a freelance curator as well as a member of the BÜRO Imaginative Collective. In the period between 2016 and 2019, she was member of the board of AICA’s (International Association of Art Critics) Hungarian section. Since 2018, Emese has been working as curator of the Robert Capa Contemporary Photography Center and later that fall she commenced her PhD studies in the Media and Cultural Theory program of Eötvös Lorand University. Since 2020, she has also been a contributing author to fashion magazine Glamour’s art column.

Biljana Purić (GENS '11) is an art and film historian and critic, with experience in cultural heritage digitization, curation, and digital humanities. She is currently working on a PhD project at the University of Graz (Center for Southeast European Studies/ Institute of Art History) dealing with post-Yugoslav art. Her most recent engagements include working as a staff writer and editor for Widewalls Magazine; a cultural heritage digitization specialist for the Serbian Academy of Arts and Sciences; and a researcher for the Federation of Jewish Communities in Serbia. Biljana received her BA degree in Art History from the University of Belgrade and earned her MSt in Film Aesthetics from the University of Oxford in 2010. She is also a CEU alumna, graduating from the Department of Gender Studies in 2011.

Gergő Paukovics (CHSP '16) is a Hungarian cultural manager, who is currently working as project manager for Pro Progressione, a Budapest based cultural hub and NGO. With a background in archaeology, history, and cultural heritage management, he has several years of experience in the field of cultural heritage. He graduated in 2016 from CEU, and started working at the National Archives of Hungary, where he was deputy head of department and cultural manager for several years. He gained experience with curation, digital collections, online exhibitions, and visitor research. Currently he is focusing on international cultural heritage interpretation projects such as MUSE.ar and ECHO II.

This event is intended for all CEU students and alumni interested in learning more about careers in arts and culture.

This event will be held via Zoom. Please register in advance to receive the link.