PERG Lecture/ When Controls are Out of Control: Graphical Theory Building for Political Science 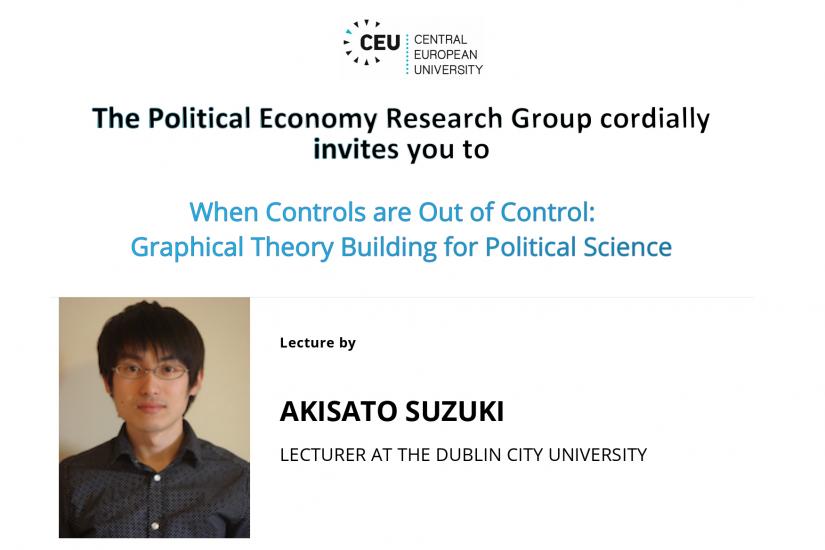 ABSTRACT / In political science, controlling for variables is often a substitute for, rather than guided by, a theory on the causal structure among variables. This muddles the interpretation of statistical estimates and hides inconsistencies in the theory. We show how Directed Acyclic Graphs (DAGs) force both analysts and audiences to theoretically discuss whether certain predictors should be included in a statistical model or not, given the treatment effect of interest. This increases the transparency of the theorized causal structure, promotes productive discussions on its plausibility and reveals its incoherent assumptions, rather than resulting in the fruitless question of “Did you control for...?” that is not guided by a clear causal structure. We use a canonical study of civil wars (Fearon and Laitin,2003) to show how DAGs clarify hidden, often conflicting, assumptions of a causal structure. We demonstrate how the use of DAGs forces authors to more thoroughly specify their theory and connect their empirical measures to their theoretical assumptions. Unlike the original study, we find that given our DAG, ethnic fractionalization has a statistically and substantively large effect.

BIO / DR. AKISATO SUZUKI IS CURRENTLY A LECTURER AT THE SCHOOL OF LAW AND GOVERNMENT, DUBLIN CITY UNIVERSITY. HE IS INTERESTED IN CONFLICT AND STABILITY, THE ASIA-PACIFIC, POLICY ANALYSIS, AND BAYESIAN INFERENCE FOR DECISION MAKING. HE WAS AN IRISH RESEARCH COUNCIL GOVERNMENT OF IRELAND POSTDOCTORAL FELLOW FROM 2018 TO 2020 AT THE SCHOOL OF POLITICS AND INTERNATIONAL RELATIONS, UNIVERSITY COLLEGE DUBLIN, WITH WHICH HE REMAINS AFFILIATED AS AN ADJUNCT RESEARCH FELLOW. HE WAS A MAX WEBER FELLOW AT THE EUROPEAN UNIVERSITY INSTITUTE FROM 2016 TO 2018. HE OBTAINED MY PHD FROM DUBLIN CITY UNIVERSITY IN 2015. SOME OF HIS WORKS ARE AVAILABLE AT https://akisatosuzuki.github.io