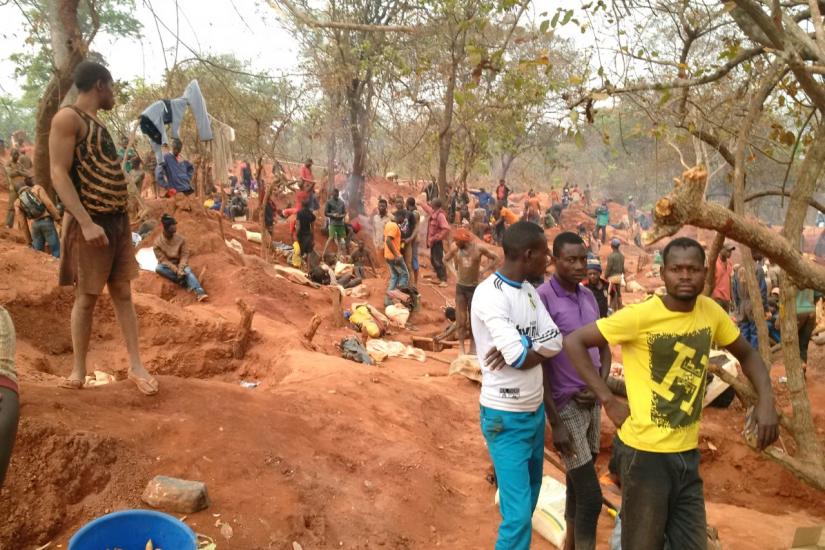 What do we make of an organized system of extraction that rests on the principle of undermining people’s access to work? This presentation discusses the labor that goes into being cut off from work. This is not a problem of working less, more productively, or why people work in the first place. Neither is this a case of having work enforced, either as a disciplinary apparatus or as a moral and collective obligation. Instead, Anti-Work describes an extractivist mode of appropriating value by forcefully and systematically denying the conditions of possibility of production. In the diamond-rich province of Lunda, Angola, the colonial and post-colonial practice of what I call anti-work hinders the circulation of value, restricts access to the workplace, and represses the work of miners and those sustaining it.

The concept of anti-work is more commonly associated with a critique of productivism and the autonomist refusal to work unfulfilling jobs. This presentation approaches this problem through the prism of the extractivist value of anti-work in the organization of roadblocks, the forced dispersion of informal mining operations, or in social technologies of security and surveillance that allow the state and employers to exert control over the intimate lives of workers. It asks: Why has this regime of negative labor been the dominant feature of colonial and post-colonial mineral extraction for the past century, in Angola and in other parts of the world? What is gained from preventing workers from making a living? And how do workers creatively respond to the repressive effects of anti-work? Rather than simply describing an unequal distribution of power and the region’s glaring economic inequality, an ethnographic account of these processes reveals how workers are able to challenge an exploitative economy of diamond extraction and pierce the veil of state and corporate technologies of security.

Filipe Calvão is a socio-cultural anthropologist, and an associate professor at the Graduate Institute of International and Development Studies (IHEID) in Geneva. His research examines extractive economies and corporate governance in postcolonial Africa with a focus on Angola, the global gemstone industry, and digital economies, from blockchain technology to digital work. This talk is based on his forthcoming book (Rutgers University Press).

This public lecture is online only. Please register here to get the zoom link.