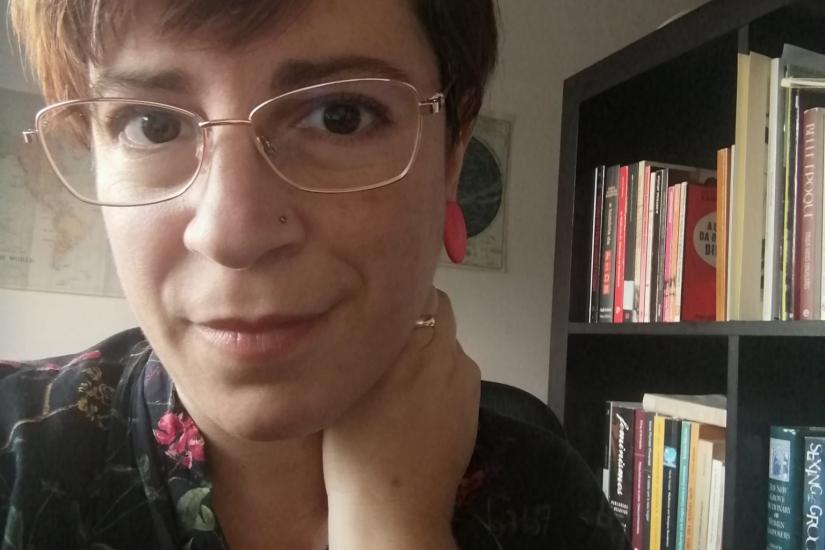 Francine Benoit (1894-1990): Gender and Politics in the Shaping of a Professional Music Career and its Legacy

This dissertation is a biographical study of the Portuguese composer, conductor, musicologist and pedagogue Francine Benoît (1894–1990). It uncovers the life and networks of this queer leftist woman who was a crucial personality in 20th-century Portuguese cultural life, but who was erased from historiography in the decades following her death, to be recovered in the recent decade.

Based on an analysis of her diaries and letters, her articles in the press, as well as her musical activity, this account brings to light Francine Benoît´s understudied role as a key cultural actor of the opposition to the Portuguese fascist dictatorship. I explore her beliefs (as a communist, as a feminist, as a woman who loved women) and connect these to her work (in all its aspects: pedagogy, writing about music, conducting, and composing), to the construction of her public persona, and to her national and transnational networks of women. I provide a gender analysis of these aspects, by discussing the role gender and politics played in her life, social dynamics and posthumous treatment.

This dissertation invites scholars to rethink the history of Portuguese music as well as the history of the intellectual opposition to Estado Novo, by arguing for the shift of narrative from (almost) exclusively male actors to the inclusion of women, whose role was fundamental not only in building and shaping the careers of those males, but also, and most importantly, in their own right. Ultimately, I revise the prevailing narratives concerning Portuguese cultural history of the 20th-century by including Francine Benoît and her female friends in these narratives. To do so, I engage in a transdisciplinary debate (e.g. through what Pierre Bourdieu has called a “cycle of consecration”) about the making of canonical narratives in relation to gender dynamics, transnational exchanges, and left-wing resistance practices vis-à-vis the Estado Novo´s dominant ideology.

*The defense will be held online, via Zoom. In case you want to attend it, please ask for the Zoom link to the following email address: versegin@ceu.edu.