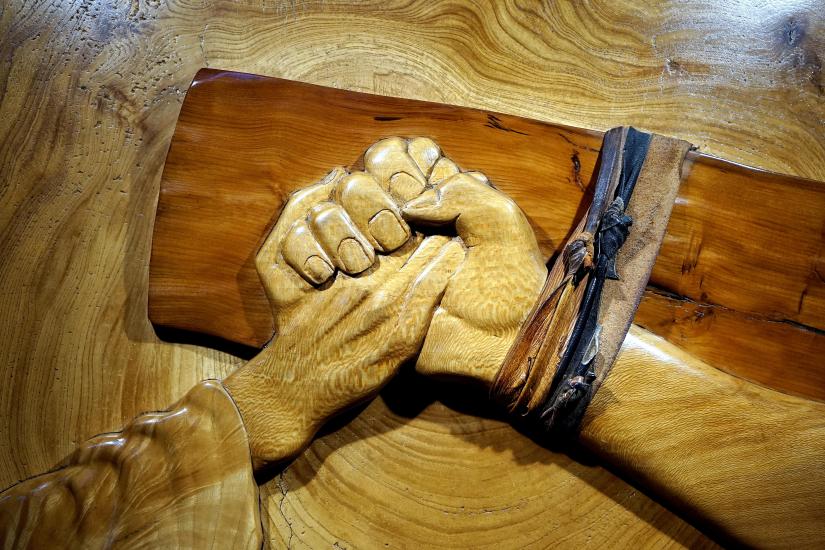 Title: Paganism and Pluralism in Eastern Europe: Past, Present, Future

Abstract: Modern Pagan religions today, such as Romuva in Lithuania and Dievturi in Latvia, are able to freely function without fear of persecution in  21st century society because of the general acceptance of the principles of religious tolerance and social pluralism. Looking back, we can see that there were past periods of religious tolerance, notably during the Grand Duchy of Lithuania, and also periods of oppression, such as times of Christian persecution of native Baltic religious traditions and Soviet Communist suppression of religious life in general. Where do we stand today, and where are we headed in the future? This lecture will examine the ways in which modern Pagan religions and contemporary Christian communities relate to religious tolerance and pluralism, and whether the future of religious life in the Baltics will be a path toward mutual acceptance and cooperation between Pagans and Christians, or whether conflict and  animosity are the more likely face of an increasingly tribalized and unfriendly future.

Bio: Michael Strmiska, associate professor in Global Studies, teaches courses in World History and Asian History. Professor He undertook studies in Comparative Religion and History, with an MA degree in South Asian Studies/Religions of India from the University of Wisconsin-Madison, and a PhD in Religious Studies/Myth Studies from Boston University. Professor Strmiska's dissertation was a comparative study of ancient Indian and Scandinavian afterlife beliefs and religious practices. Strmiska has also taught courses on Neo-Paganism, New Religious Movements, and European Myth and Religion at Hampshire College in Amherst, Massachusetts and Masaryk University in Brno, Czech Republic, where he was the recipient of a Czech Ministry of Education grant as a foreign lecturer in the Department for the Study of Religions in fall of 2015. He also visited Ukraine, Turkey, Hungary, Finland, Sweden, Poland and Croatia during his time teaching in Brno. He is in Riga, Latvia teaching at the University of Latvia in spring of 2018 un a Fullbright grant.

This event will be held on-line. To rsvp and receive a link to the lecture, please contact crsconference2020@ceu.edu.