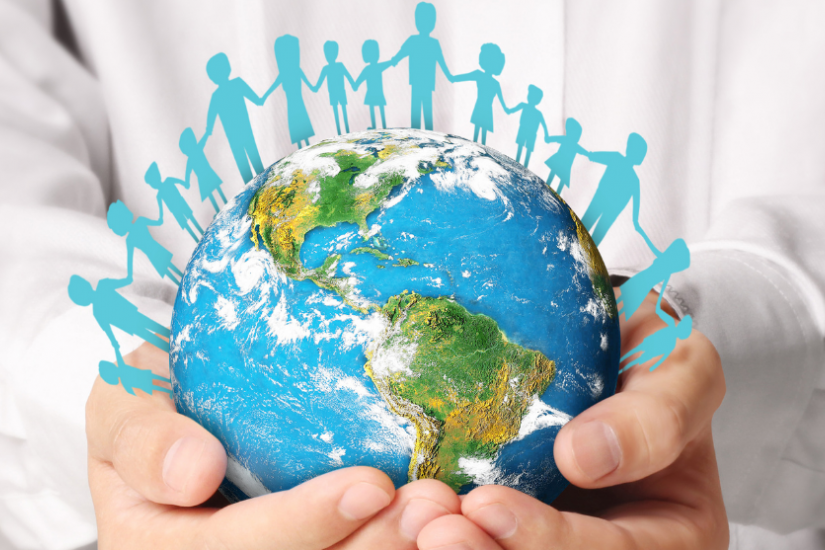 Are you curious about careers in Human Rights? Human rights professionals work in many areas including local and state governments, international organizations, non-governmental agencies, charities and foundations, academia, and law. There is a great variety of types of roles, for example in research, public relations, investigation, and administration. Join our online panel discussion and learn about the work from leading practitioners in the field of human rights. Our panelists will talk about their career paths, offer insights into the field, advise on how to establish and build a human rights career, and discuss how Covid-19 might impact the human rights sector.

Additional panelist bios will be added as confirmations are received.

Cameran Ashraf was named Wikimedia Foundation’s first head of Human Rights in January 2021. He is also a professor at CEU’s School of Public Policy and co-founder of the international human rights and technology organization AccessNow. In 2009, in connection with Iran's Green Movement, Cameran assembled a team providing digital security and Internet filter circumvention to activists, journalists, and individuals in closed societies. Cameran and his colleagues defended critical websites from state-sponsored attacks, provided personal communications security for hundreds of vulnerable activists and journalists, distributed proxy servers used by over 40,000 people daily, and enabled more than 3 million video downloads from behind the firewall. In recognition of his work, the European Parliament selected AccessNow as a finalist for the 2010 Sakharov Prize for Freedom of Thought, the European Union's highest human rights honor. Cameran holds a Ph.D. from UCLA on the geopolitics of internet censorship and cyberwar.

Martina Bosak (LEGS ’19) is currently an Associate Gender Expert with the Office for Gender Equality of the Government of the Republic of Croatia. Martina has worked in private practice and in internships and consultancies with organizations including the International Criminal Tribunal for the former Yugoslavia (ICTY) in the Hague, Netherlands and the Office of Co-Investigating Judges at the Extraordinary Chambers in the Courts of Cambodia (ECCC) in Phnom Penh, Cambodia. In addition to a Master of Laws in Human Rights from CEU, Martina also holds previous degrees in Law which she obtained through the integrated BA-MA program in Law at the University of Zagreb.,

Uchenna Emelonye (LEGS '04) is presently the Country Representative of the UN Office of the High Commissioner for Human Rights (OHCHR) in the Republic of Liberia, having served in the same capacity in the Republic of Uganda. He has occupied several other strategic positions in the UN system including Senior Human Rights Adviser, United Nations Office in Kenya; Judicial Affairs Officer, United Nations-African Union Mission in Darfur Sudan; Human Rights Officer, OHCHR Kosovo, among others.  Outside the UN, he was the Head, Governance, Institutional and Justice Reform Division at IDLO Rome; Chief-of-Party, RCN Justice and Démocratie Brussels; Rule of Law Coordinator, International Rescue Committee, New York. Dr. Emelonye is a Visiting Fellow at the University of Derby UK and holds a doctorate degree in Law (LL.D) from the University of Helsinki Finland; master’s degree in Human Rights Law (LL.M) from Central European University Budapest Hungary; master’s degree in Law (LL.M) and bachelor’s degree in Law (LL.B) from Abia State University Nigeria. He was admitted as Barrister and Solicitor of the Supreme Court of Nigeria in 1994.

Jashar Jasharov (SPP ‘16) is an Associate Programme Officer of the Contact Point for Roma and Sinti Issues within the OSCE Office for Democratic Institutions and Human Rights (OSCE/ODIHR). He has previously worked with a number of Roma civil society organizations and has served in various capacities with the OSCE/ODIHR Tolerance and Non-Discrimination Department, the OSCE/ODIHR Election Department, Central European University, Roma Education Fund, European Roma Rights Centre, and the Open Society Foundations, among others. He has also taught the course “Language and Culture of Roma” in the largest Roma-governed municipality in Europe, Shuto Orizari. Jasharov holds an MA in Public Policy with a specialization in International Public Policy from CEU, and an MA in Political Science with a major in International Relations.

This event will be held via Zoom and is intended for all CEU students and alumni interested in learning more about Careers in Human Rights.  Participants must register in advance in order to receive the link to join the event.